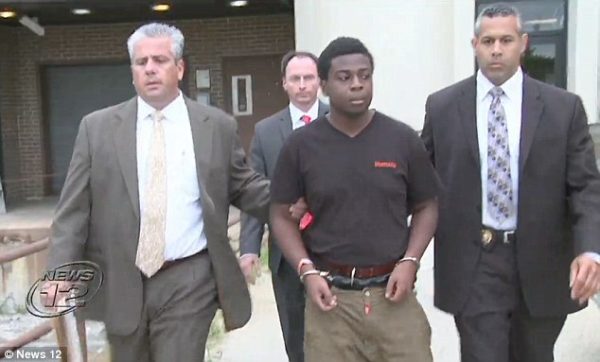 An 18-year-old Nigerian man who is based in Long Island, New York, was arrested over the weekend for killing his 15-year-old brother and beating his mother into a coma.

The man, Charles Okonkwo Jr., 18, has reportedly had a history of psychiatric problems.

He has been charged for assaulting his mother, Chinwe Okonkwo, however; he is yet to be charged for the death of Bradley Okonkwo, his brother, Daily Mail reports.

Charles’ father had just returned from a hospital visit on Saturday, when he discovered Bradley, dead in his bedroom. He then found his wife on the garage floor, laying down unconscious, surrounded by a pool of her own blood.

Mrs Okonkwo, who is a respected medical doctor, suffered severe facial fractures and brain swelling. She is said to be in critical condition.

It is unclear how Bradley died – medical examiners are still carrying out tests to find out.

Charles has reportedly admitted to “hurting” his mother and brother.

Speaking on the incident, a friend of the Okonkwo family, Lawrence Monwe, said: ‘This is very tragic. No one saw it coming…This was the perfect family you wouldn’t expect it to happen to.”