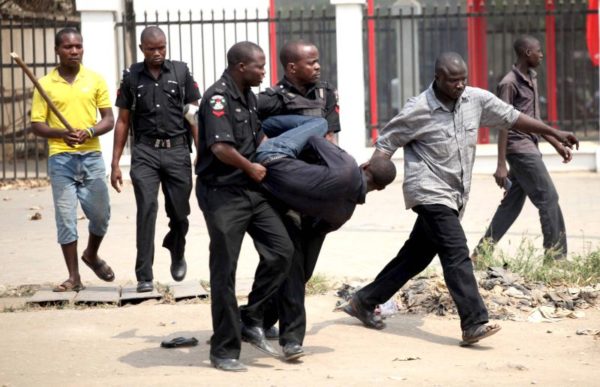 A man who is believed to be the master trainer of Boko Haram female suicide bombers has been arrested by the Joint Task Force in Kano.

He was arrested with 16 females who were reportedly training for suicide operations.

According to This Day Newspaper, the man identified as Ibrahim Ibrahim was arrested in the Dala Local Government Area of Kano state during a raid.

The females were being trained to carry out suicide bombings when the JTF raided their training ground and arrested them with the trainer.

A security source tells the News Agency of Nigeria (NAN) that the plan of the Islamist militant sect was to continue using female suicide bombers to unleash terror on Nigerians.

If you recall, female suicide bombers hit five various location during the Sallah celebrations in July.

BN Reader, FOB, Shares The Story of Her Detention at the Geneva Airport Over the Authenticity of Her Handbag

Say Yes To These Zina Anumudu Inspired Looks – We Certainly Have!