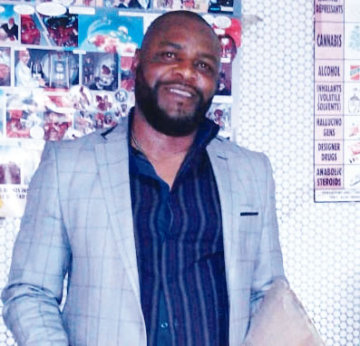 The 38-year-old coach named Steven Darlugar, was arrested during the passenger screening process while he was preparing to board an Arik Air flight to South Africa, Punch reports.

Methamphetamine weighing 1.54 kilogrammes was found hidden in the compartment of one of his suitcases.

Darlugar reportedly confessed to the crime, stating that he attempted drug trafficking due to financial difficulty.

“I am married with a child and have lived in South Africa for about a decade. I coach a team in South Africa. I have worked very hard to attain financial freedom, but have nothing in return. This is my first time of smuggling drugs. I was under financial pressure to cope with peers. A friend introduced me to drug trafficking as a way of making quick money. They promised to pay me $6,000 to take the bag containing the drugs to South Africa,” he said.

According to reports, Darlugar will be charged to court soon.

Want to Trade in Nigeria? Learn All You Need to Know with TradeViz as they Re-Launch