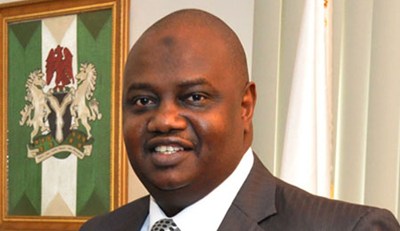 He made the disclosure in Abuja at an event to commemorate the 2014 International Anti-Corruption Day with the theme: “Breaking Corruption Chain,” organised by the Inter-agency Task Team.

Lamorde, who said that the Commission secured 117 convictions in 2013, added that the feat was in line with its commitment to break the chain of corruption in the country.

He expressed optimism that the Commission would secure more convictions before the end of the year, adding that corruption had slowed down development in the country.

The EFCC boss said “we have realized that fighting corruption is not all about arrest, prosecution and conviction; it requires a lot more approach.

“We have adopted public enlightenment and education so as to reach out to the grassroots.’’

Lamorde said the Commission had adopted the process of budget monitoring at all levels of government and embraced the use of social media for public enlightenment.

In his remarks, Ledum Mitee, the Chairman, Inter-Agency Task Team, said the International Anti-Corruption Day was set aside globally to raise awareness and reiterate the commitment parties to the fight against corruption.

He called for effective implementation of the laws against corruption without fear or favour and adequate empowerment of anti-corruption institutions to enhance the fight against the menace.

Ebola, Beyonce, ALS Ice Bucket Challenge, Robin Williams & More! These Were the Most Popular Topics on Facebook in 2014