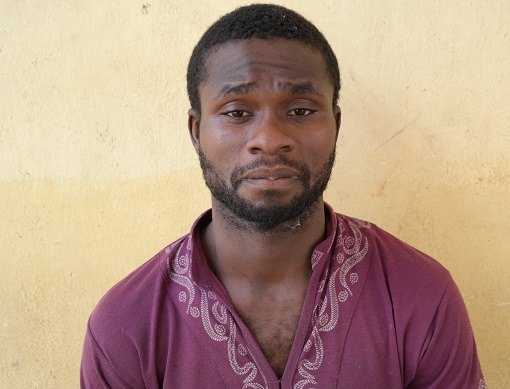 The Nigeria Police Force on Thursday released a statement on the case:

The operatives of the Department of Criminal Investigation, Ado-Ekiti have arrested one Familola Ayodeji ‘m’ of No. 17, Oke Ido Street, Ido-Ekiti aged 25 years for the rape of an 85 year old woman on the 25th December, 2014.

The victim, a great grandmother was asleep when the suspect sneaked into her room, bolted the door and forcefully took advantage of her. The suspect initially went into hiding after the act but was caught in the dragnet spread for him by detectives.

Medical reports confirmed that the victim was raped by the suspect, he will soon be charged to court.