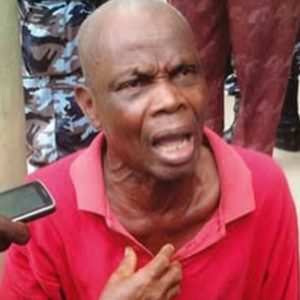 A 75-year-old herbalist in Abia state was on Friday arrested by police authorities for allegedly defiling a 12-year-old boy.

Punch reports that the incident occurred on March 8.

According to the police, the suspect, Odinkemere Ogbuehi, “took  the victim without the consent of the parents and had sexual intercourse with him through the anus for three good days.”

Ogbuehi is said to have confessed to the crime, and also reportedly revealed that he had also defiled other children in the village.

However, when interviewed by newsmen, Ogbuehi denied the allegations.

According to reports, “he however said the villagers had previously warned the boy against visiting his house, and expressed surprise that the boy strolled into his house again.”