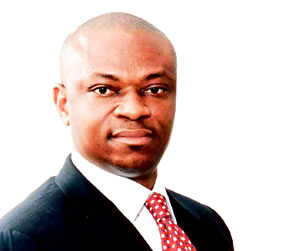 The Economic and Financial Crimes Commission (EFCC) has asked an Ikeja High Court to adjourn its ruling on an application filed by a former Managing Director of Bank PHB, Francis Atuche, indefinitely.

The commission made the request on Monday in an application filed by its counsel, Dele Adesina (SAN), before Justice Lateef-Lawal Akapo.

The News Agency of Nigeria (NAN) reports that Atuche, in the application, is seeking to quash the N25.7 billion theft charge preferred against him and his wife, Elizabeth.

The Atuches are being prosecuted alongside a former Chief Financial Officer of Bank PHB, Ugo Anyanwu.

The judge had on March 2, fixed Monday for ruling on Atuche’s application but could not deliver the ruling after Adesina informed the court of the EFCC’s pending application.

He urged the court to adjourn ruling on Atuche’s application indefinitely pending the outcome of the EFCC’s appeal against the Court of Appeal judgment of Nov. 21, 2013.

The appellate court had in its judgment struck out the theft charges preferred against a former Managing Director of Finbank Plc, Okey Nwosu and others for lack of jurisdiction.

Adesina said the EFCC had filed an appeal against judgment at the Supreme Court, adding that the matter had been granted expeditious hearing due to its importance.

Responding, Atuche’s counsel, Tayo Oyetibo (SAN), asked the court to reject the application, arguing that it was aimed at truncating the ruling.

However, after listening to the submissions of both parties, the judge adjourned the matter till April 22 for arguments on the application.