Wale Adetula: Society's Role in Pressuring Women to Get Married 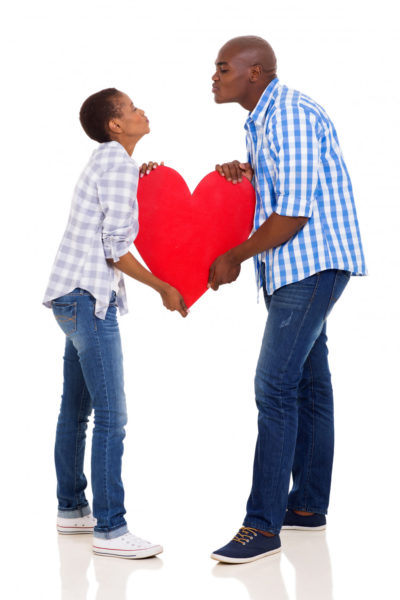 It might sound very clichéd but I have come to realize women are one of their own greatest problems. Before you roll your eyes and rush to close this page, give me a little bit of your time so I’ll make you understand why and how I came to this conclusion.

A few days ago, I received an anonymous mail from a regular reader on my blog. The mail was rather long but I’ll spare you the drama and summarize as follows:

The writer is a young lady aged 24, graduate, done with NYSC and employed. She came to the conclusion that something must be seriously wrong with her. Why? Her second boyfriend in three years recently broke up with her and as if that wasn’t bad enough, she just found out he is getting married in a few months.

I must have sat expressionless facing my laptop for a few seconds after making it to the end of her email. I guess I was expressionless because there was an on-going battle in my head, as I couldn’t immediately decide on what to feel and how to express those feelings. Some minutes later, while still on the laptop, I opened up a word document and decided to capture my thoughts as follows.

Why on earth does a 24 year old think something must be wrong with her because one of her two exes’ is getting married? At 24, quite like the young lady, I was done with school and NYSC and I was on my first job but I remember still feeling very much unachieved. Why? Because I knew what some of my mates in other parts of the world had already achieved at that age. Even though I was only an entry-level employee at my office then, I had serious ambition to rise as high and as fast as possible and I was damn ready to do all I needed to do to achieve my goals. Outside my day job, I kept myself busy with other personal projects, not because I was idle but like I said, I already knew I was behind no thanks to the Nigerian educational system but I wasn’t going to sit and moan about that, I had a plan and I was going to execute it.

I’m sure you already wondered if any of this affected my social life. The answer is ‘no’. In fact, I remember having the bulk of my previous relationships during this period. Not because I was particularly skilled or anything but I WAS 24. Do not underestimate the energy that comes with that age. I did things then that I can only dream about doing nowadays.

Of course being in a relationship or staying in one then was not in any way a priority for me and I’m sure most of you will put that down to the fact that I’m a guy. But then again, man must not live by bread alone – everyone (especially at that age) can sure benefit from some form of companionship. In fact, I knew having an active social life was key to achieving my set goals so I made sure never to lag behind in that regard. However, as with most things in life, being in a relationship then had its benefits as well as disadvantages. As a result, whenever I was involved with someone who for one reason or the other things didn’t work out with, I saw it as a blessing in disguise.

I tell most people I try never to regret because it’s simply a waste of time. There’s a lesson in every single thing we do in our lives. Think of your worst relationship ever – yes, that one. If you can be very sincere with yourself and think hard enough, you’ll realize that one thing you learned from being with that person. Rather than sit and moan about leaving a relationship, I would spend some time to figure out the lessons I learned from it and move on.

I’m not saying moving on is easy – especially if it was a relationship that really meant something to you. And on top of that, if you find out some weeks later that your ex is getting married, it can pain. But what is done is done and as long as there’s no way to get back with the person (especially now that they’re getting married), the cold truth is, you need to move on. Cry and wallow all you want but the one thing you should NEVER EVER do is blame yourself or think something is wrong with you.

We all go on about how our society in Africa and indeed Nigeria puts extra pressure on our young women to get married, and have kids but the question I put before us today is, who makes up the so called society? It’s people like you and I and from what I’ve come to realize and contrary to many opinions, women, far more than men constitute the majority in the so-called society that puts this pressure on our women.

In all my time on this beautiful planet of ours, I can count how many times, if any at all, I’ve heard of a young man in the same scenario as the woman who wrote to me. And it has nothing to do with age. A 30-year old man who by many standards is fit for marriage will most likely not even see a big deal with breaking up with one girlfriend, talk more of thinking he has a problem… because his ex someway somehow happens to be getting married weeks after.

African men also get desperate about marriage so don’t get it twisted but the question here is why is the margin when compared to the age women begin to freak out, so wide? The simple answer for me is – women.

Of course there is the very not-so-little issue of “numbers”. Like the young lady said, that was already her second boyfriend in three years. To this, my simple answer is – and so what? I won’t go into details on how I think a lot of us especially in these parts get into relationships we shouldn’t be in; the major point here for me is, wouldn’t you rather have 10 failed relationships and one long successful marriage than having it the other way round?

Forget about your sexual body count, let’s even assume these relationships are non-sexual, most women still fuss about being in too many simply because of “what people will say”. Which people? The same people who’ll count how many celebs showed up at your wedding or the same people who’ll count months from the day of your wedding to the day they notice you with a baby bump? These people will never ever stop counting – it’s what they do. But once you find your happiness, you’ll be amazed at just how quickly these same people will turn around and leave you alone.

A lot of women reading this would have spent significant time dwelling on why and how come the ex of the lady who wrote to me, moved on so quickly to the point of marriage merely months after breaking up with her. This fact is not lost on me, but I chose not to focus on the various scenarios that could have played out with her ex and his fiancé before, during and after their relationship and instead, focus on the fact that he was probably never right for her in the first place.

If most of our women choose to ignore the ever present chatter from their kind and focus on themselves, maybe, just maybe, this so called pressure on them will ease up.

Anna Banner to “Concerned” Fan, “Pregnant or Not I Love My Life!”

Helping through Knitting! Noah Walakira is Building his Community in Uganda through Sweater Making | Watch

Wale Adetula is an unrepentant media addict. He is the founder and online editor of popular art and opinion magazine  - www.thenakedconvos.com Twitter: @thetoolsman | Instagram: @thetoolsman