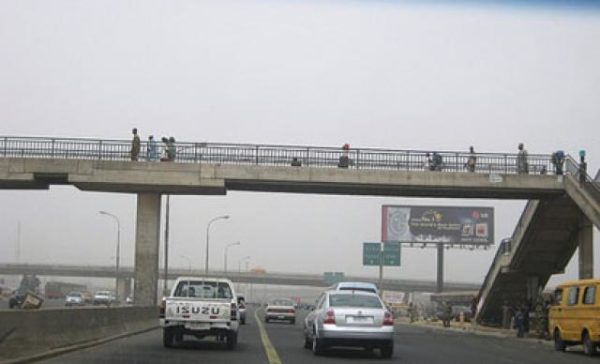 Over the weekend 109 people were arrested by the Rapid Response Squad (RRS) of Lagos State Police Command, and officials of Kick Against Indiscipline (KAI) for crossing the expressway at Ketu Bus Stop, along Ikorodu road, instead of using the pedestrian bridge.

According to Olatunji Disu, RRS Commander, the arrest was done to instill discipline towards the use of pedestrian bridges in the state to prevent loss of lives on highways and ease the free-flow of traffic.

According to reports, among those arrested were 102 men and seven women.

Related Topics:Pedestrian Bridge
Up Next

Want Some Magic Cash? Diamond Bank Has Got You Covered!