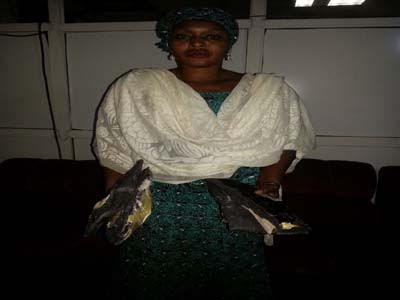 The National Drug Law Enforcement Agency (NDLEA) has arrested two women for attempting to smuggle cocaine and cannabis out of Nigeria.

The women were arrested at the Murtala Muhammed International Airport (MMIA) for attempting to smuggle 4.450kg of cocaine to India and 7kg of cannabis to China, respectively.

This was contained in a statement issued in Lagos on Monday by Mitchell Ofoyeju, the Head, Public Affairs of NDLEA.

The statement said both suspects, Modinat Alake and Chizoba Mbonu, were apprehended by officers of the agency at the airport in Lagos.

In the statement, the NDLEA Airport Commander, Ahmadu Garba, said Alake was a trader while Mbonu was working as a clearing and forwarding agent.

The statement quoted Garba as saying “Chizoba is a second offender as she was first apprehended in 2013 for attempting to export a luggage containing narcotics.’’

The statement further reveals that the suspects were currently assisting narcotic investigators with facts relating to the hard drugs.

Also, the suspects will soon be arraigned.

Horrifying! Sleeping Woman Molested on Flight from Dubai, Accused Says She “Enjoyed It”

Did You Meet or Miss the BVN Deadline? Here’s What It Says About You!