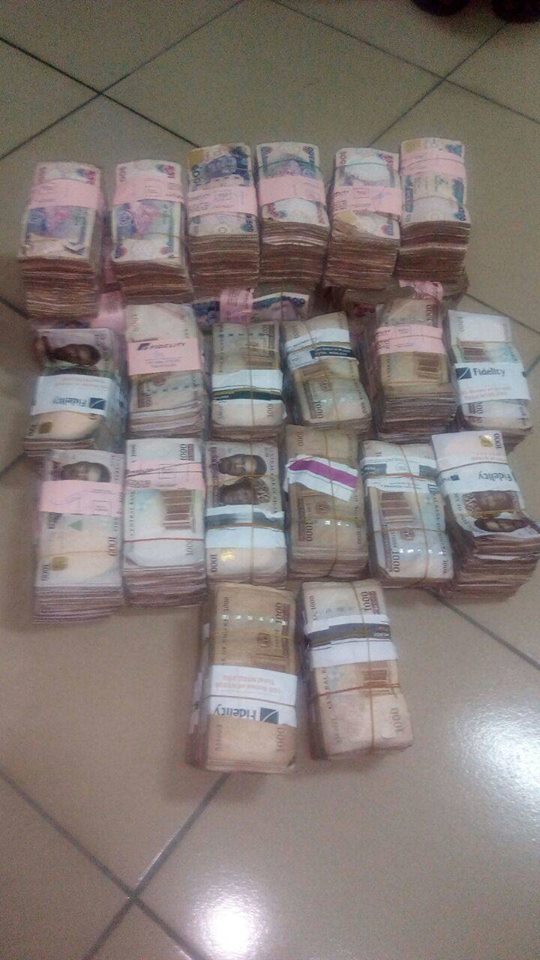 The Economic and Financial Crimes Commission (EFCC) continues its hardline approach as the government agency has published the name and photos of a politician’s aide accused of offering an EFCC official a 10 Million Naira bribe. 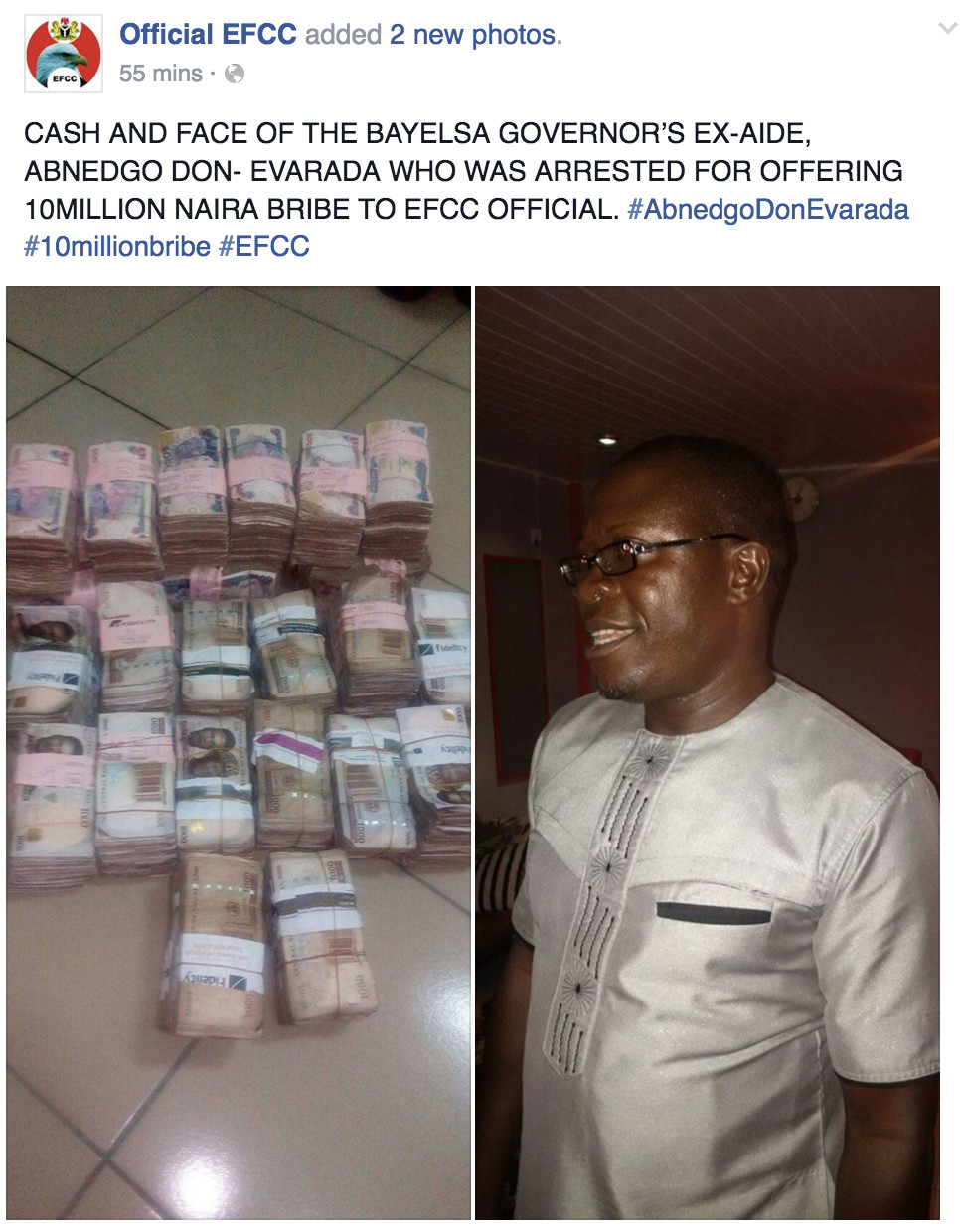 According to the EFCC’s official statement;

Don-Evarada ran into trouble when he approached Salihu, over a case involving the Senior Special Assistant to the Bayelsa’s state governor on Millennium Development Goals, Apere Embelakpo and his wife, Fiene Beauty.

Don-Evarada offered the bribe ostensibly to compromise the EFCC investigation but his overture was turned down and was arrested.

He is being kept in the custody of the EFCC and would be charged to court as soon as investigation is concluded, the EFCC stated.