The Panama Papers are a leaked set of 11.5 million confidential documents created by the Panamanian corporate service provider Mossack Fonseca that provide detailed information on more than 214,000 offshore companies, including the identities of shareholders and directors.

Comprising documents created since the 1970s, the 2.6 terabyte set was given by an anonymous source to the Süddeutsche Zeitung in August 2015 and subsequently to the US-based International Consortium of Investigative Journalists (ICIJ). The papers were distributed to and analyzed by about 400 journalists at 107 media organizations (including PREMIUM TIMES) in more than 80 countries.

Since April 4th when the first set were released, PREMIUM TIMES has revealed prominent Nigerians with offshore companies in tax havens.

“The use of shell companies is not illegal and there are individuals and firms who incorporate them for purely legitimate purposes. Although, “some of them, who are public office holders, held the assets in violation of Nigerian law – failing to declare them to the Code of Conduct Bureau,” PREMIUM TIMES noted. 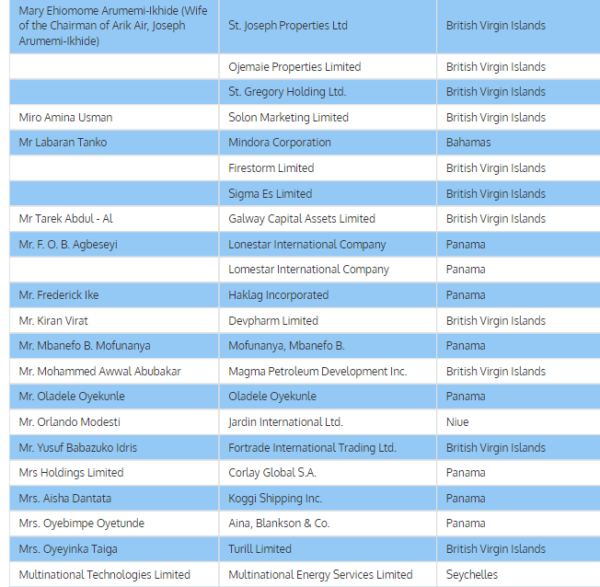 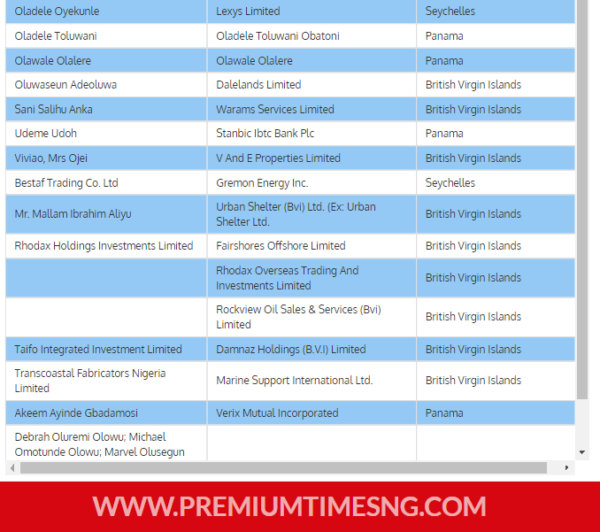