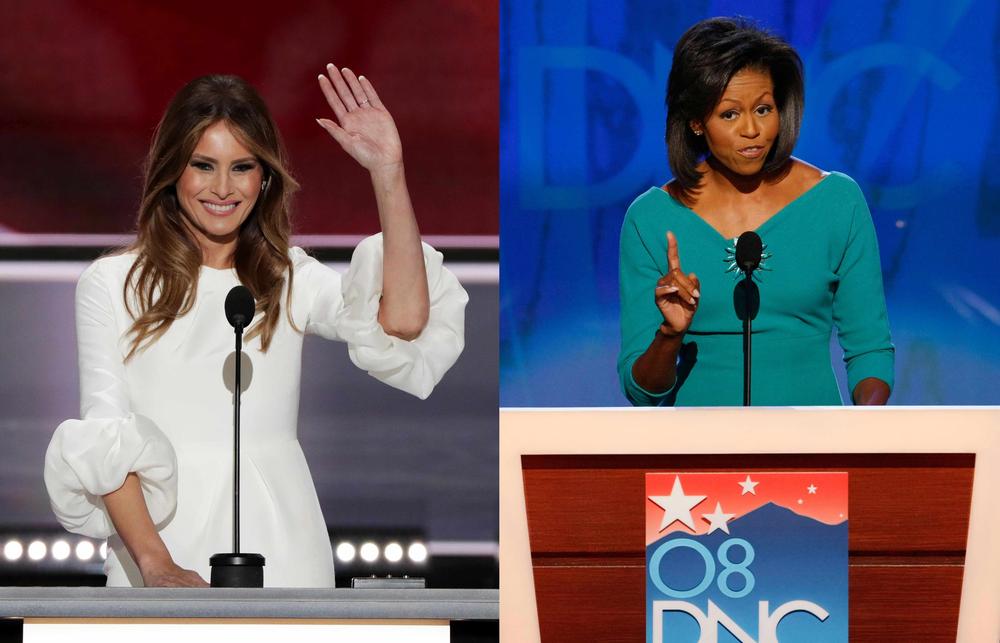 Side-by-side comparisons of the transcripts show the text in Trump’s address following, nearly to the word, the American first lady’s own from the first night of the Democratic convention in Denver nearly eight years ago.

I taught speech for ten years. Even my worst students would not have done this: https://t.co/QhPPC8ENUA pic.twitter.com/co5VveF5cq

The controversy quickly overshadowed the speech, which was to have been her introduction to voters. It focused on her immigration to the US and her love for her husband. Since the speech went viral with the hash tag #FamousMelaniaTrumpQuotes, the Trump campaign has released a statement but did not mention the plagiarism charge.’

“In writing her beautiful speech, Melania’s team of writers took notes on her life’s inspirations, and in some instances included fragments that reflected her own thinking. Melania’s immigrant experience and love for America shone through in her speech, which made it such a success,” according to Jason Miller, the senior communications adviser.

Here is an excerpt of Melania Trump’s speech:

“From a young age, my parents impressed on me the values that you work hard for what you want in life, that your word is your bond and you do what you say and keep your promise, that you treat people with respect. They taught and showed me values and morals in their daily lives. That is a lesson that I continue to pass along to our son,”

And we need to pass those lessons on to the many generations to follow. Because we want our children in this nation to know that the only limit to your achievements is the strength of your dreams and your willingness to work for them.”

And here is Michelle Obama’s speech from August 25th 2008:

“And Barack and I were raised with so many of the same values: that you work hard for what you want in life; that your word is your bond and you do what you say you’re going to do; that you treat people with dignity and respect, even if you don’t know them, and even if you don’t agree with them.

And Barack and I set out to build lives guided by these values, and to pass them on to the next generation. Because we want our children — and all children in this nation — to know that the only limit to the height of your achievements is the reach of your dreams and your willingness to work for them.”