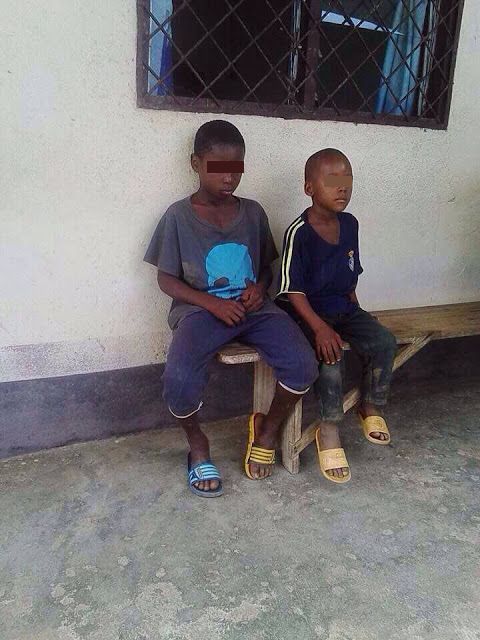 The Police in the Kumbe Balindo, Ndian Division in the South West region, Cameroon has arrested two boys, aged 7 and 10 for allegedly raping and killing a 1-year-old girl.

According to Cameroon Intelligence Report, the boys, after raping the girl, forced her into a pit latrine and then hit her to death with a stick.

The report added that a traditional ruler in the area said that the young boys cannot get an erection and are also not capable of destroying the late baby’s private as the medical reports indicated.

The two boys have admitted throwing the little girl in the toilet and killing her whilst she was in there, amidst suspicion that someone is using the children to hide a ritual crime.

Watch them admit to the crime below: