BN Prose: How the Future Came Knocking by Roseline Nya 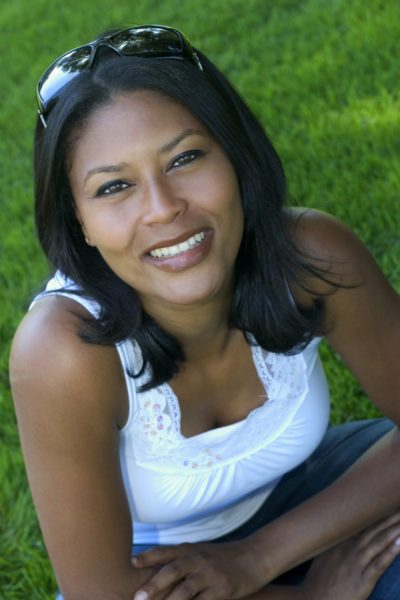 Cluck, cluck, cluck…Asari moved across the sitting room, taking in its lacklustre condition. Her polished nude stiletto managed a glow in the semi-darkness. The space smelled of aged air and desolation. She marched to the window and unlocked it, sliding it open against a resistant creak. Hot rays, from a Lagos sun in March, streaked in, rousing prickles across her primed face. She blew air with both hands over it and leaned by the window, listening to determine the mix of emotions playing in her. The highest note, she found, was hope for a rebirth. And joy bordered by anxiety sounded faint.

Her eyes scanned the backyard; it was as forlorn as it was wild. She turned and saw the carefulness of dust that draped every piece of furniture.

Her eyes caught and trailed the tail of a spider’ web, from where it hung on a sapphire vase, to where it stretched over her once sought after chandelier, altering its form, casting a rustic futuristic impression on it.
Rodent dump littered the floor.
The despondency her mom had said will be aroused when she walks into the house again failed to show up.
You’ll definitely be sad, she’d said.

Asari wondered if she should feel guilty for growing numb to the past and being overly enthusiastic for the future. Or if she should have the decency to fake a sob, since everyone thought still being sore was the right thing to feel.

“Oh, losing your home must be gnawing at your soul, I can only imagine it”, Mrs. Bello had wrapped in nicer words just that morning.
Asari had wanted to scream “It was two damn years ago! Can you let me move on?! And I didn’t lose my home; we got divorced! Losing your home is watching your husband die and seeing your heart get lowered into the ground with him. Divorce isn’t losing your home. It is getting yanked off a mine-field!”

But of course she couldn’t say that because you don’t argue with your elders. They know how you feel and you prove them right by feeling the way they say you feel. So she’d cocked her head sombrely and acted the part.
Everyone she knew expected her to either be bitter toward Edem; her ex, or to cry herself to death. None thought she should be over it; not within two years and probably not ever. But Asari was over it. And she’d never felt bitterness toward Edem. A little angry? Yes. Not bitter. Never bitter.

The anger itself had since been doused by the realisation that his choice was concrete, unyielding, and, perhaps, valid, and life shouldn’t end because she wasn’t that choice. So she’d uncurled out of bed, several mornings ago, and opened her windows to let sunshine in. She’d washed her face and made it up. And had started with a pretentious smile until her feelings caught up and she didn’t need to pretend anymore.
Still; “When your husband leaves you for his mistress, the normal is you never being okay…except you were itching to be with someone else, whom you have been cheating on him with…except you never truly loved your husband”, her mom always say.
Asari shrugged the thought off and ran up the stairs to see the rest of the house. Everything was as she remembered them to be, except time had happened to them.

The children’s rooms still had their palm impressed on the wall.
The way Koko, her daughter, had played with different shades of green and yellow always moved her. At six, Asari knew she was headed arts’ way. But at nine, she couldn’t tell where Effiong, her son, was headed. He hadn’t shown special interest in any particular field. Yet, he did most things well. Not amazingly well. Just well enough.
His glassy exterior used to have Asari worrying about how he was feeling about daddy not living with them anymore, until she decided to cast it on Jesus. One day, while she prayed, Effiong overheard her and came, later, to say he was okay but was worried about how she and Koko were feeling.

Now, as she stood in his old room looking at smudges of red and orange and brown paint, from his toddling palm, on the wall, she could sense the heaviness he left behind, and knew she should continue to worry about him because of what he may have heard from across the wall.

Please wall, tell me you shielded my son from some of the sadness that used to live in the next room.
I hope he did not hear me wishing to die.

The honk of a car had Asari rushing back downstairs. True to her thought, it was the realtor. She watched him struggle to open the gate from outside. He looked too confident, almost cocky.
Asari watched him stroll to her with an irritatingly self-assured gait.
“I apologise for my lateness. The agent you were slated to meet is held up with another client. I came as soon as I learnt of it. I’m Joe”, he held out his hand and Asari took it absently, wondering how much he earned to be able to drive that model of Mercedes. But she didn’t dwell on it. Selling the house she got in the divorce settlement and putting the past behind her was more important than wondering how the agent could afford that wrist watch, or that belt or the shoes!

She took him around the house while he valued it. Once or twice, she caught him gawking, yet ignored it and his attempt at starting a conversation.
“Can I ask why you are selling?” he asked when he was obviously done.
“Do I have to answer?”
“No, you don’t. I’m just curious”, he said matching her eyes with a soft but insistent look.
He’s obviously just trying to be friendly. “Why do people sell their homes?”
“Two reasons; either they’re broke or they’re running from something…” Asari noticed how thick his lashes were and how his nose stood like a fine cone on his face. “…Which is it, for you?”, he added as she debated if his lip colour was walnut or pecan.
“Your curiosity will not be satisfied” She said coldly and led the way out.

Joe knew he’d been dismissed. He followed her and couldn’t help noticing how her hip danced.
What was more intriguing to him was how she was a combination of an assertive soul in a delicately beautiful body.
Outside, he extended his hand again and Asari took it. She could feel the moisture under his skin. “Thank you for trusting us to sell your home… Miss.? Mrs.? Asari”
“Asari will do”
“Luke will be handling its sale. Like I mentioned earlier, I’m filling up for him. But here’s my card, in case you need anything.”
It wasn’t until after he’d gone and she’d gone up to her old bedroom that she noticed the Managing Partner under his name.

That explains the excessive confidence, she hissed.
Over-confident men were particularly a group Asari avoided dating in the past. She suspected them to be domineering and narcissistic.
Her ex, Edem, had not been over-confident. He had just the right dose that made him both endearing and respected. They’d met at a scene of a gruesome accident and were the only two left at the hospital after other good Samaritans were gone.
She thought him, a kind-hearted man. Almost too loving. And her love for him had not started out a raging madness; it was slow and subtle, tip-toeing in on her while they played “friend”. Till, one day, she woke up to find its sprout above the ground. From then she watched, breathlessly, its blossom. That was why she held unto him after she found pictures of the same girl in his wallet, in his drawer at work, in his bedside drawer and in his eyes; the night he proposed and every time he touched her after the wedding. That was why she prayed the host of heaven will keep them apart.

Unfortunately, that didn’t happen.
Unfortunately, the girl showed up as an anchor of the news at nine. And she knew she’d lost her husband.
Still she fought. All she could get was an empty house, a car and money.
But that was two years ago.
Today, what mattered was the future ahead.

And it began with her tracing her feet back out the front door.
She had closed the door and turned the locks on the past, and was locating her car key in her bag, to notice the Mercedes rolling into a stop outside. When she finally saw him, the way he looked at her said it all and he didn’t try to hide it. Asari thought, “Not so soon”.
Joe walked to her as she walked to him.

This is it, Joe…You are home, Joe, he told himself.
Hello future. Please be good, she told herself.