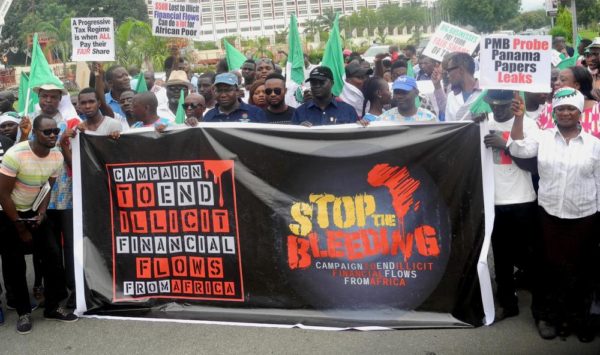 The Nigeria Labour Congress (NLC) on Wednesday in Abuja advocated for what it called tax justice which would ensure that the rich paid more tax.

It also called for the probe of those indicted in the #PanamaPapers.

NLC President, Ayuba Wabba made the demand at a rally to canvass for the halt in illicit financial flow from Africa. 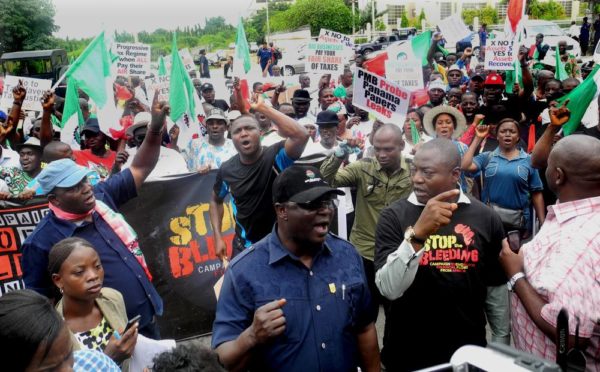 He said it had become necessary to punish those guilty of tax evasion as well as personalities indicted in the Panama Papers.

Wabba said that there must be tax justice that would make the rich to subsidise the poor and not the poor subsidising the rich as currently is the case.

According to him, a situation where only the working class and the poor pay tax is unacceptable.

“The normal thing is for the rich to subsidise the poor as done in developed countries. But in Nigeria, it is the poor that subsidises the rich; the poor must stop servicing the rich.”

The NLC President said payment of tax would impact positively on the economy and the lives of ordinary Nigerians.

Wabba noted that Panama Papers exposed some of the heinous crimes by the rich, adding that the Federal Government should swing into action by taking a look at the papers and punish whoever was found culpable.

He said that  it would  be a good step, if the Federal Government could initiate probe and sanction culprits.

Documents numbering 11.5 million held by Panama-based Mossack Fonseca were released to Süddeutsche Zeitung, a German newspaper, and the International Consortium of Investigative Journalists.

The Panamanian law firm, regarded as one of the world’s most secretive companies, according to the documents, has helped clients launder money, dodge sanctions and evade tax.

The NLC president led a protest march and submitted a letter to the Minister of Finance, Kemi Adeosun, to register the displeasure of the congress with the illicit financial flow from Africa.

The Minister was said to have gone for the Federal Executive Council meeting, but Muhammed Dikwa, the Acting Permanent Secretary, Ministry of Finance, received the group on behalf of the minister. 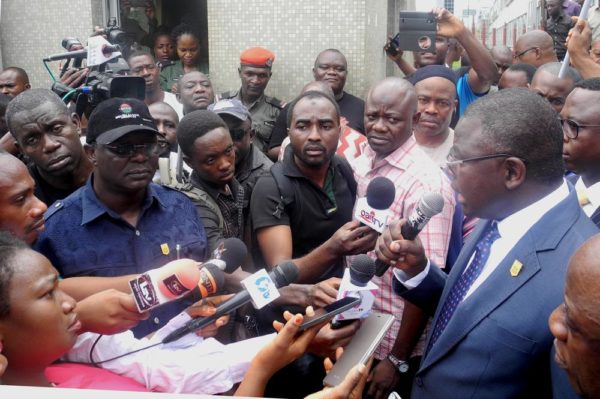 Pic.13. The acting permanent secretary, Federal Ministry of Finance, Muhammed Dikwa (r) addressing members of the Nigeria Labour Congress (NLC) during a protest to demand for tax justice in Africa, on Wednesday (12/10/16/) in Abuja.
7620/12/10/2016/Deborah Bada/BJO/NAN

Dikwa said that the Muhammadu Buhari administration was poised to block all financial loopholes, adding that the ministry was working hard to correct tax discrepancies.

He said the minister was working hard to ensure that justice reigned in  the collection of taxes, adding that all illicit financial activities would be addressed.

Placards were displayed with inscriptions such as “No to Tax Haven”, “Tax Justice Now”, “PMB probe Panama papers’ leaks” and “$50 billion lost to illicit financial flows can do a lot for Africa”.