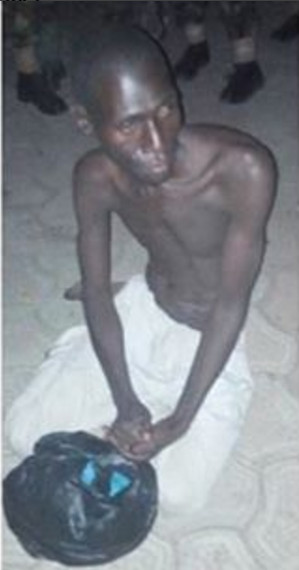 Another fleeing Boko Haram suspect has been arrested in the Federal Capital Territory.

The middle-aged man was arrested by the Abuja Municipal Area Council (AMAC) Marshal.

According to a statement signed by the spokesman of the security agency, Kingsley Madaki, the suspect was arrested at Utako Market by 4.20PM.

He said that the suspect gave his name as Usman and was arrested “with a Qur’an and a chaplet on his neck while trying to lobby people in the market.”

“He confessed that there are so many of his colleagues out there in the city who are out to unleash mayhem on innocent residents,” Madaki said.

The suspect has been handed over to the Nigerian Army at the Mabila Barracks.

This is coming days after another fleeing suspect was arrested in the Ikorodu area of Lagos State.