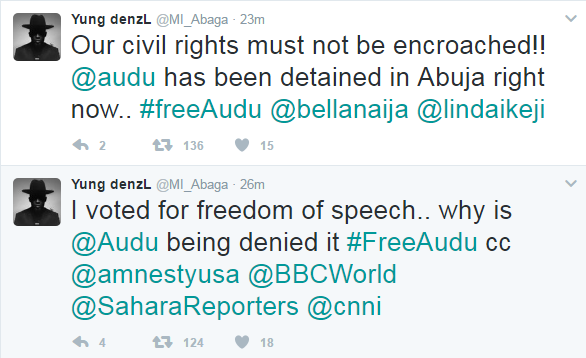 According to a series of Tweets by rapper M.I, Chocolate City boss, Audu Maikori has been arrested and detained at the Police Headquarters in Abuja.

The revelation was first made by RightsAfrica (@ChairmanNHRC) on Twitter.

#Breaking #SouthernKaduna: Men from @PoliceNG have taken away @audu from Lagos today. He is presently held at Police HQ in Abuja /1 pic.twitter.com/5CkByWcbk3

V. Credible sources @PoliceNG HQ I’m #Abuja indicate they took away @Audu from Lagos on a warrant from Magistrates in #Kaduna pic.twitter.com/stokRWghnY

It appears @policeNG have take @Audu on charges of alleged “incitement”, a colonial era crime against vocal advocates for freedom /3 pic.twitter.com/nyvwhBlArw

It looks like some folks pretty high up want @Audu to at least spend the week-end in detention for raising his voice on #SouthernKaduna /4 pic.twitter.com/dZqExLeIFF

Audu has been vocal about the killings in Southern Kaduna, calling on the government to not fold their arms but act.

While people have said it is not true, the hashtag #FreeAudu is gaining grounds on Twitter as users are demanding that government should stop harassing its citizens with security agencies and respect freedom of speech.

Celebrities have also joined the call for his release. 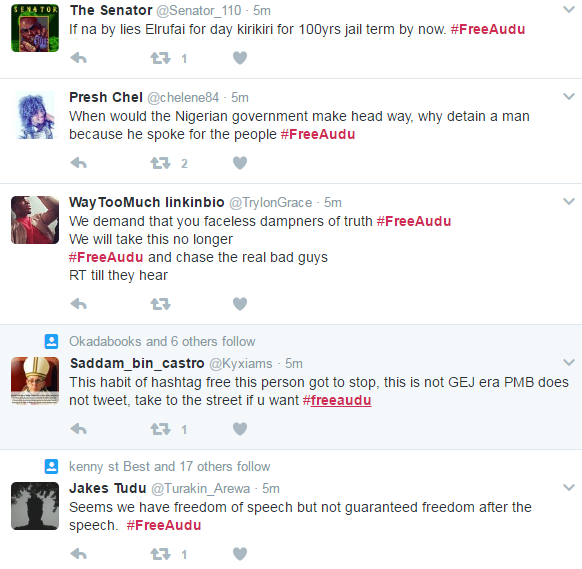