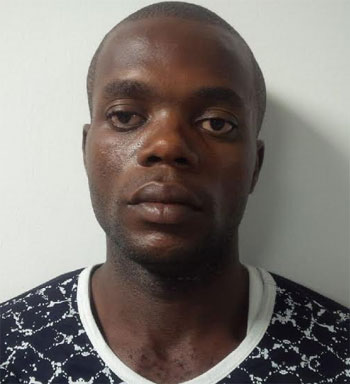 A 33 -year-old trader, Umeme Lotachukwu Fabian was arrested by officials of the National Drug Law Enforcement Agency (NDLEA) at the Mortal Muhammed International Airport (MMIA), Lagos. The trader was apprehended with drugs suspected to be methamphetamine weighing 1.205kg. He has blamed his indulgence on the need to raise money for wedding.

Preliminary investigation  revealed that the suspect, travelling to Soekarno–Hatta International Airport, Jakarta, Indonesia, claimed to be an Ivorian.

He was arrested while attempting to board a Qatar Airways flight to Indonesia with a Cote d’lvoire international passport bearing the name Grou Bi Clauvis. NDLEA commander at the Lagos airport, Ahmadu Garba, however, said that during investigation, it was revealed that the suspect is from Anambra State with the name Umeme Lotachukwu Fabian. I

n his statement, the suspect disclosed that he was offered five thousand dollars to smuggle the drugs to Indonesia. He said:

I am the only son of my parents. I wanted to invest the money in my clothes business and also commence preparation for my marriage in a bid to settle down in life. They offered me five thousand Naira to smuggle the drugs to Indonesia.

Fabian explained that he was not aware that drug trafficking attracts capital punishment in Indonesia.

Sujimoto Offers Luxury Apartments for Lease at 50% Discount Plus One Year of Free Internet! Get Yours, Refer Someone and Become a Millionnaire