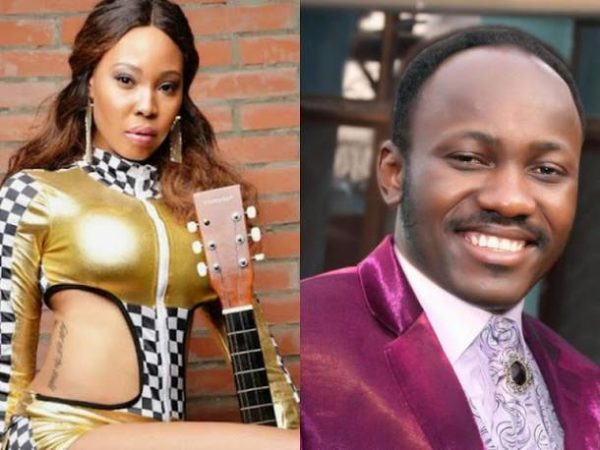 According to Sahara Reporters, this was disclosed in a letter dated April 19 2017 with case file number CV-17-573595, signed by Registrar of the Ontario Superior Court and addressed to Apostle Suleman’s Ontario residence.

Stephanie is also seeking an order restraining Suleman from communicating or contacting her while in Canada, adding that he should keep a distance of at least 500 meters from her.

Stephanie, in the letter narrated how she and Suleman met in June 2015 when she was in search of spiritual guidance, adding that they began an amorous relationship which resulted in pregnancy.

She maintained her allegations that he gave her something to drink that terminated her pregnancy and made her bleed for about a year.

Stephanie added that Suleman met with her family bearing gifts, and informing them of his intention to marry her, a claim her mother has refuted.