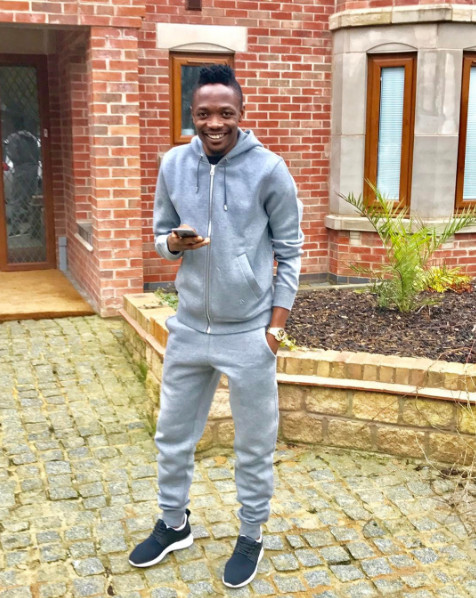 According to neighbours, police officers arrived at their Countesthorpe home at 1AM on Wednesday and spent 2 hours with the family, probably taking his wife Jamila‘s statement.

Later in the day, two female police officers arrived at their home and spent another 2 hours before taking Musa to the station on suspicion of “common assault”

“A 24-year-old man was arrested this morning at his home address near Leicester on suspicion of common assault,” police said.

Musa has since been released.

“Ahmed is a nice guy. He always has a friendly smile. I don’t know anything about his private life,” one neighbour said.

“You never hear noise coming from the house. I had no idea the police had been called there,” another neighbour added.

Related Topics:Ahmed Musa
Up Next

Nana Kennedy-Kwofie Recently Travelled to Barcelona in Style & Comfort via KLM Royal Dutch Airlines! Watch her Talk about her Experience – You Can still take Part in the #KLMExperience Competition & WIN a Full Ticket Refund