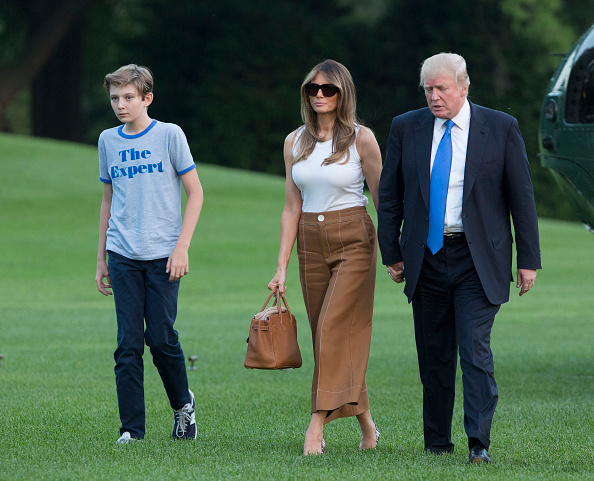 Almost five months after her husband, Donald Trump moved to the White House after his inauguration as President of the United States, his wife Melania and son, Barron have finally joined.

It was earlier reported that Melania and her son were joining Donald Trump in the White House soon.

Melania and her son arrived at the White House Sunday night on the Marine One.

Melania Trump and son Barron have officially moved into to the White House, the Trump administration confirmed Sunday night. They were accompanied by President Trump’s in-laws, Viktor and Amalija Knav, on Marine One from Joint Base Andrews. The First Lady tweeted: “Looking forward to the memories we’ll make in our new home! #Movingday” #PresidentTrump #MelaniaTrump #FirstLadyMelaniaTrump #TheWhiteHouse #FirstFamily

Looking forward to the memories we’ll make in our new home! #Movingdaypic.twitter.com/R5DtdV1Hnv