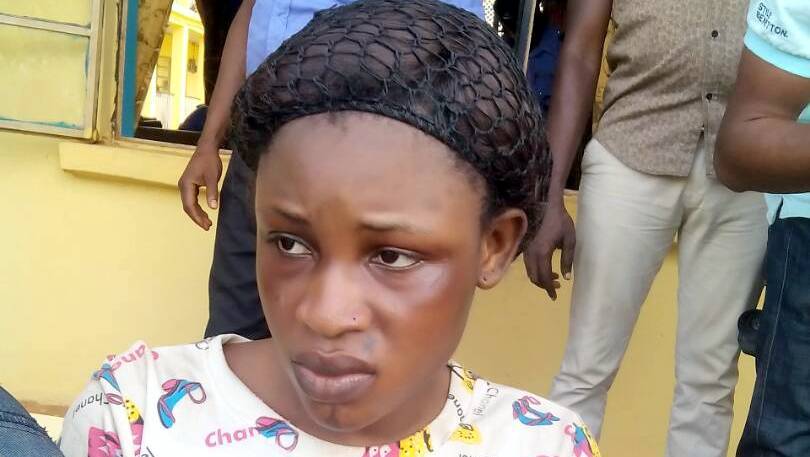 Ogun state police on Wednesday paraded a fashion designer Bose Christopher who was arrested alongside a man she called her boyfriend at a cult initiation 24 hours to her proposed marriage “introduction” ceremony.

The Commissioner of Police, Ahmed Ilyasu paraded Bose alongside 30 other suspected members of the cult group.

The suspects were arrested by officers of the Federal Special Anti-Robbery Squad (FSARS), during their suspected initiation ritual in a hotel.

Bose, speaking to Premium Times, however said that she wasn’t a member of the cult group, adding that she didn’t know her boyfriend was a cultist.

I met him (boyfriend) about two weeks ago and I never knew he is a cult member. He just called me after I closed from the shop to join him at the party,” she said‎.

Bose said her intended husband cut off contact with her after hearing of her arrest.