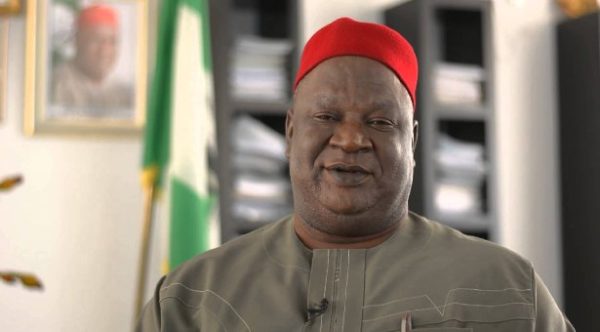 Anyim Pius Anyim, Secretary to the Federal Government under the Jonathan administration, has reportedly been arrested by the Economic and Financial Crimes Commission (EFCC).

According to Sahara Reporters, Anyim was arrested over charges of fraud connected to the $18.72billion Centenary City project in Abuja.

The House of Representatives had in March asked that all public officials indicted in the Centenary City report be prosecuted and public funds wasted on the project be recovered.

The House had also called for the prosecution of Anyim, and that of Senator Bala Mohammed, the former Minister of FCT.

Dentine Sensitivity! No more Worries about Teeth Sensitivity as Sensodyne launches an Online Platform for check up

Buy one pack of EZ Slim this November & get one pack FREE! Black Friday Promo just got better