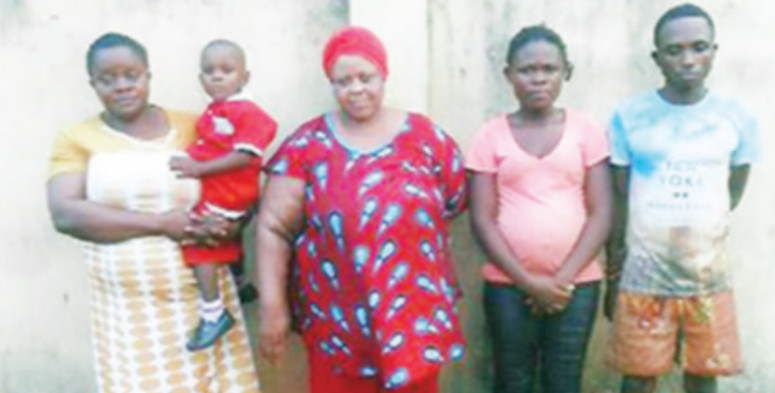 A couple in Imo state has been arrested for allegedly selling at least two children – one which is theirs and the other, a 2-year old they kidnapped from his parents, Punch‘s Chidiebube Okeoma is reporting.

They were arrested by the Anti-Kidnapping unit of the Imo State Police Command and were paraded on Wednesday by the state Police Public Relations Officer SP Andrew Enwerem.

Enwerem disclosed that the couple – Ifeanyi Anyanwu and Amarachi Ugorji – allegedly stole the child and sold him for N500,000.

“On August 28, 2017, Ifeanyi Anyanwu, 23; and Amarachi Ugorji,18, conspired and kidnapped (name withheld), who is two years and six months old, from his parents in Umuozu- Uguiri in the Isiala Mbano LGA.

The two buyers were arrested in Aba following painstaking investigation, while the child was rescued unhurt and has since been reunited with the legitimate parents by the command.

The suspects have confessed to the crime and investigation has been concluded. The syndicate will soon be charged to court.

The Commissioner of Police Chris Ezike, has instructed all heads of the tactical units of the command to go all out against those who trade in human beings, especially children, who have done nothing wrong except that they were born into a society that has lost its values,” Punch quoted Enwerem as saying.

Chidinma Emmanuel, who is the second buyer, said she was desperate to have a male child after her husband’s death, adding that the desperation led her into the crime.

The couple told Punch that they had sold their first child on credit to someone in Port Harcourt for N200,000. The case is being investigated.

Punch reports that Amarachi Ugorji is expecting another child soon.