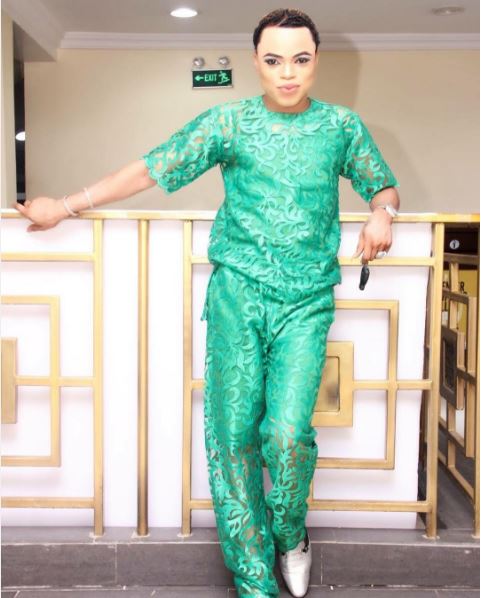 Snapchat sensation Idris Okuneye aka Bobrisky has revealed the reason for his alleged arrest.

Bobrisky, speaking to LIB, said fashion entrepreneur Toyin Lawani directed her lawyers to write a petition against him because he refused to apologize to her. According to Bobrisky, the petition said that he worked for her and stole her customers.

However, Bobrisky, speaking to LIB, said:

Toyin Lawani asked her lawyer to write petitions against me that I worked for her and I’m selling cream to all her customers. Which was a fat lie. I never worked for Toyin. She was my friend. I can’t remember ever working for Toyin or learning how to make cream from her.

Then she also said I threatened her. So we are going to Abuja because that was where the case was reported.

Before she wrote petitions against me, she had already threatened me that she is giving me 7 days to go to the internet and apologize to her which I said no way because she offended me. I think because I refused to apologize, she got the police involved.

Yesterday at the police station, I was sitting at the counter and I was told I needed to wait until morning to go to Abuja. My phone was taken from me so I couldn’t talk to anyone. I’m trying to get in touch with my lawyer and all the people I know.

Related Topics:BobriskyToyin Lawani
Up Next

Jill Scott files for Divorce after 15 Months of Marriage