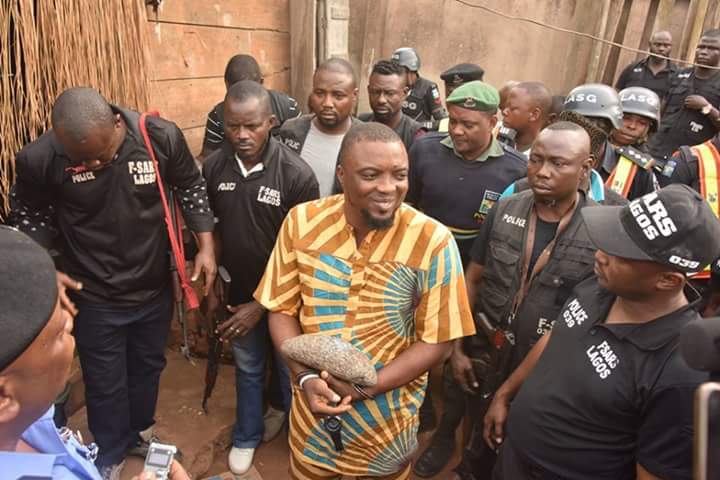 The shrine was discovered in an operation carried out by the command, SARS and the Lagos State task force, following an arrest of some suspected badoo cult members.

The Lagos State Commissioner of Police, CP Edgal Imohimi, who led the operation, said the kingpin of the notorious cult group was arrested while trying to escape through the waterways.

“All other suspects are in custody and in a confessional statement, one of the suspects described this shrine as the place where the suspects come before going on operation.

“This is the piece of stone which they use and according to the suspect, there is no operation which they go for without first coming here to take oath.

The owner of the shrine, one Fatai Adebayo, 34, however, admitted owning the shrine but described the piece of stone discovered there as a grinding pepper.

Adebayo’s mother, one Toyin Ogunyemi, who was also at the scene, said her son was not involved in any ritual killing but only prescribed traditional healing drugs.

His Royal Highness, the Olumosan, Chief Tajudeen Adekunle Muili, also condemned the discovery and ordered that the shrine be destroyed.

See photos from the raid below: 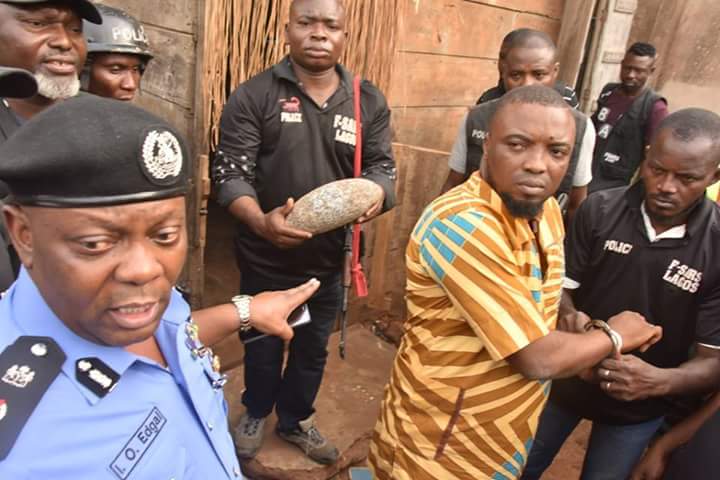 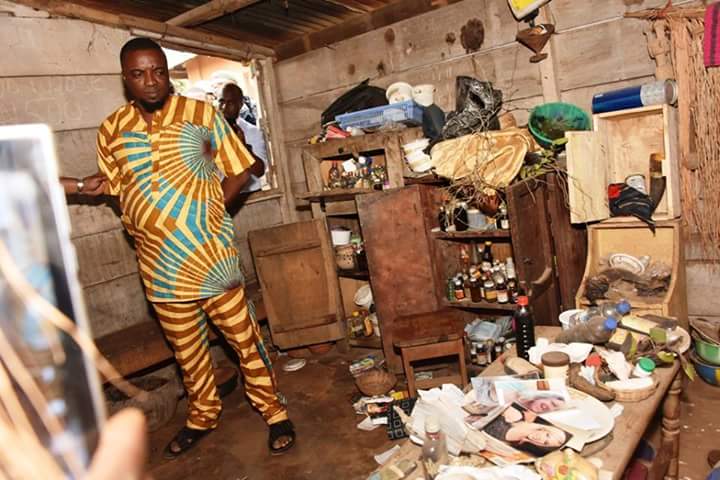