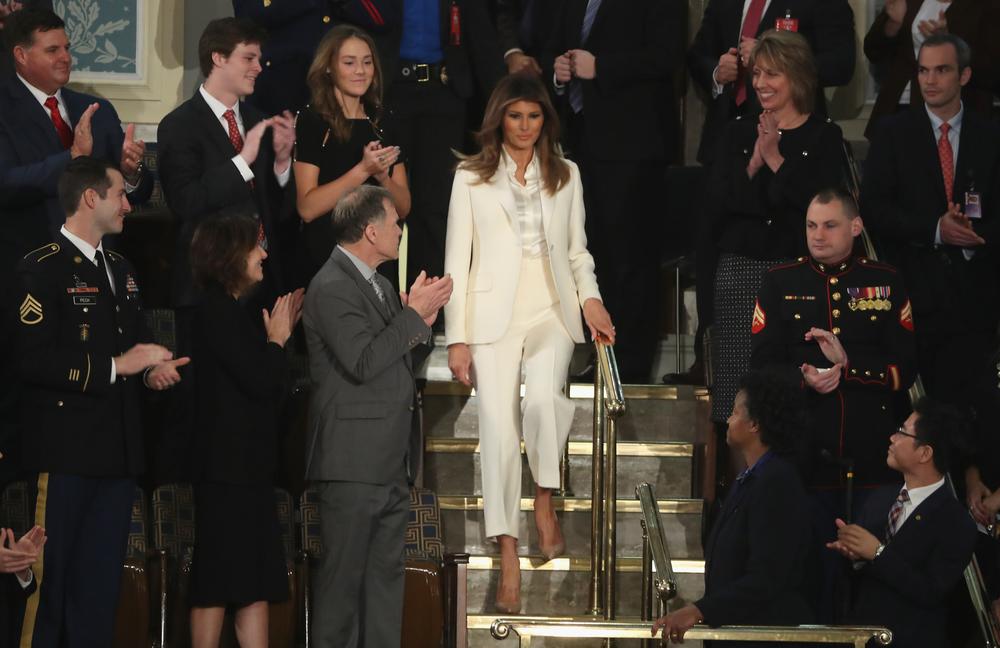 For the event, Melania showed up in a striking all-white pantsuit by Christian Dior. She coupled it with a white silk Dolce & Gabbana blouse and Christian Louboutin pumps.

There has been some drama surrounding her outfit as a number of Twitter users have pointed out that her all-white outfit is the same colour Democratic women wore to Donald Trump’s first address to Congress last year as a display of resistance against his administration.

If eyes could speak, Melania Trump’s eyes are saying F-you to The President tonight! #SOTU #StateOfTheUnion

Someone is pissed off

As Trump said that “faith and family…. are the center of democracy”

Melania Trump did not stand up for the line that got everyone else in the room standing pic.twitter.com/qZ0NHSRcY4

Many legislators elected to wear all black to the event this year, in support of the “Me too” movement against sexual harassment and assault.

It has become crystal clear that sexual harassment is rampant throughout all industries in our country. So to show solidarity with all workers who have experienced sexual harassment, I’m wearing black to the #SOTU and saying #TimesUP. #SOTUBLACKOUT pic.twitter.com/cutVORNNzE

The fact that Melania also opted to travel separately from the President, breaking a longstanding tradition, has also caused some conversation.

Breaking tradition, Melania Trump takes separate car to the State of the Union. The President and First Lady have not been seen publicly together since New Years, CNN reports.

If Melania doesn’t want to be in the car with Trump for a 5-minute drive, why do the rest of us have to be subjected to him for an hour-long speech?https://t.co/bDskOGDdgI

JUST IN: First lady Melania Trump arrived at the State of the Union address separately from the President, a break in a longstanding tradition https://t.co/2qHsi41sE9 pic.twitter.com/rFepIs03Ak

Check out more photos of her outfit below. 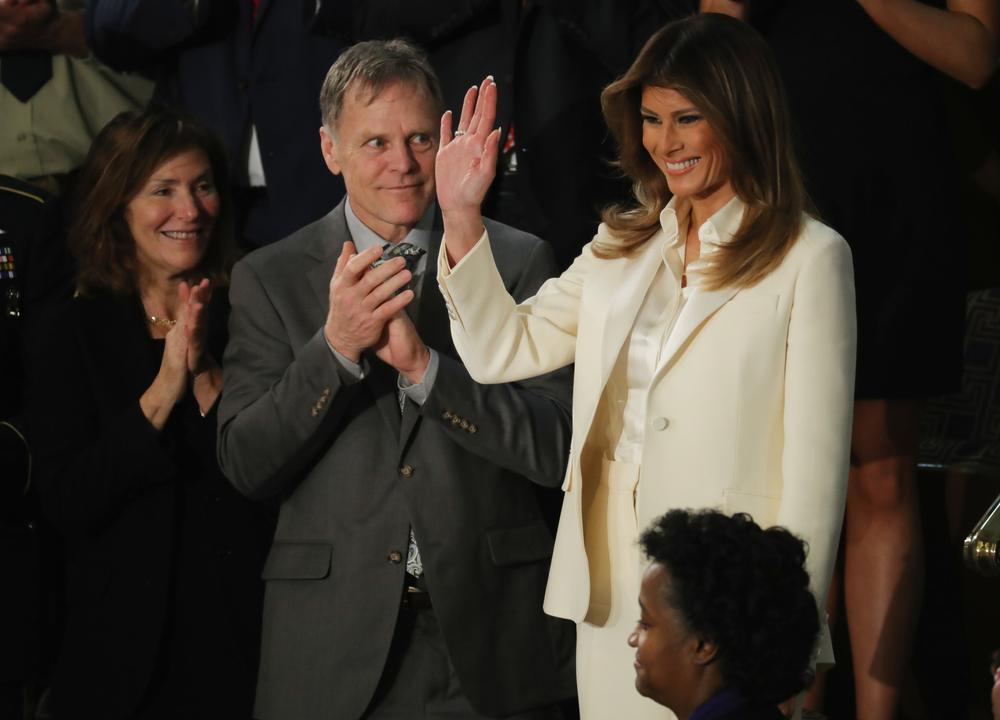 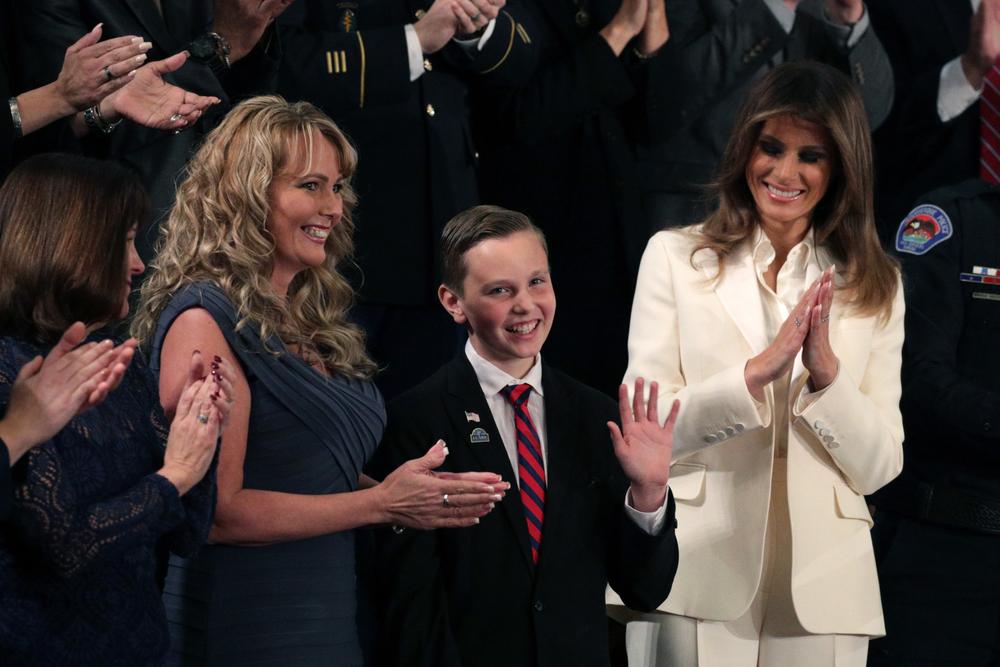 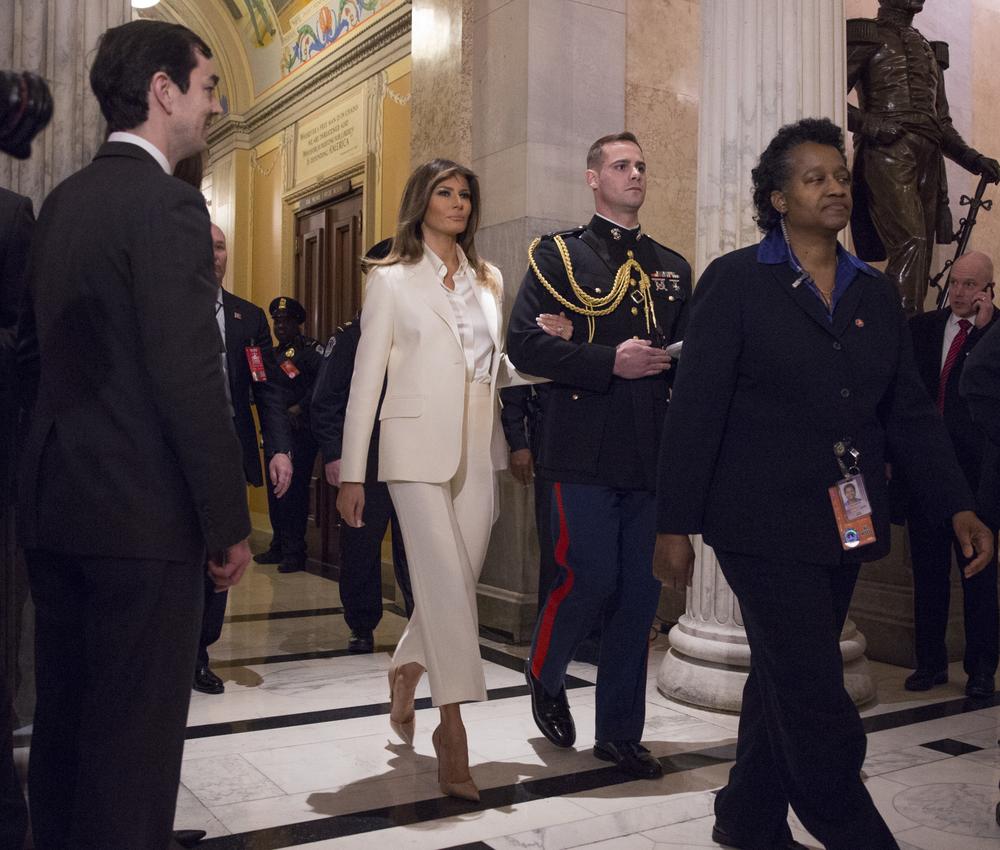