Toke Makinwa calls out Restaurant after she was "humiliated", "assaulted" & "bullied" by a Chaperone 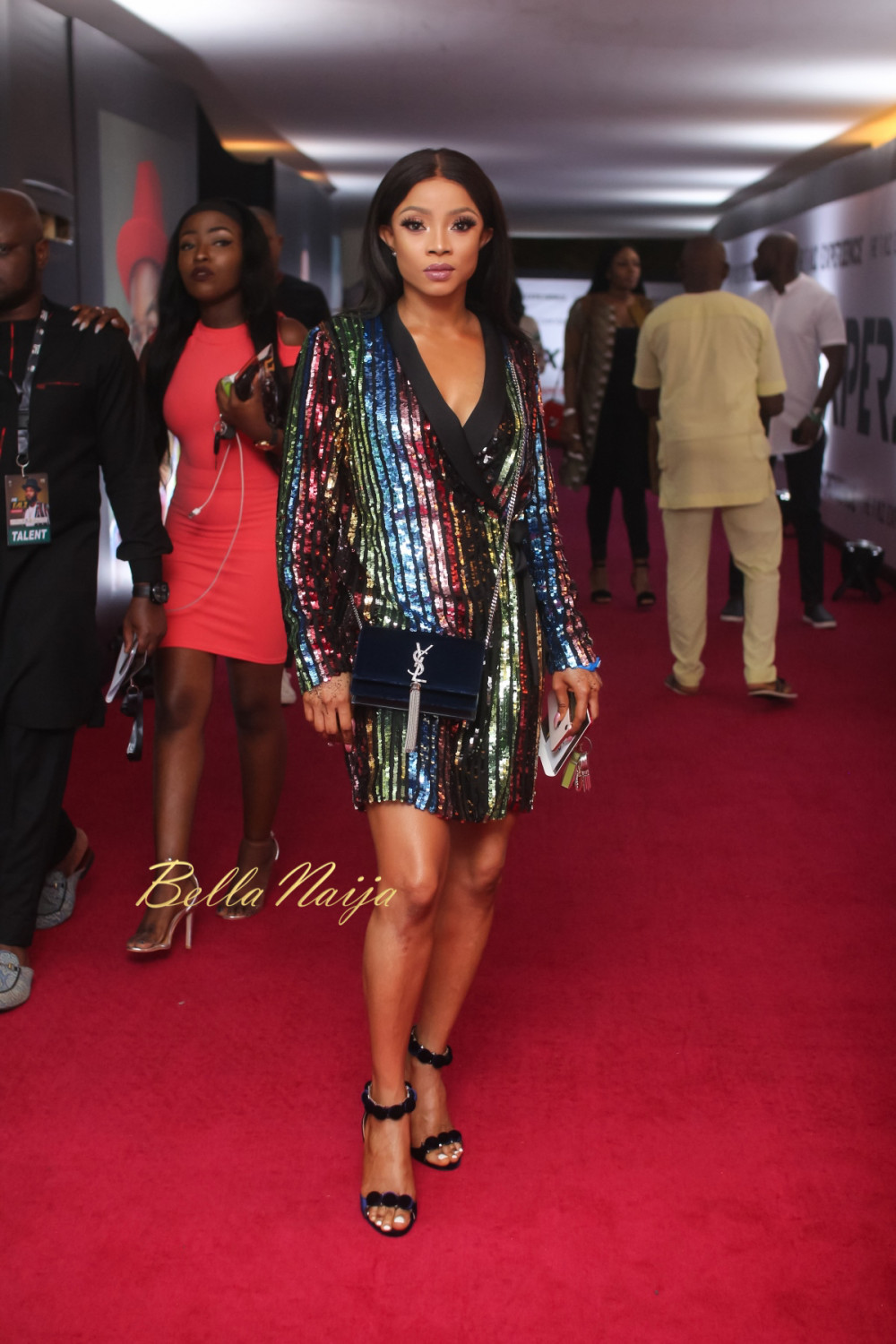 Toke Makinwa explains that she also had an unpleasant encounter with the same chaperone at the Wizkid concert last month.

Detailing the experience on her Instagram page, she wrote:

I cannot believe I stayed up this late to write this. I have an early flight to catch in the morning and I would normally just ignore it all but I thought about the amount of women this can/might happen to and thought naaaaa, I’ll share it anyways. My experience at crossroads tonight was very interesting.
P.S it was the Wizkid show and not rhythm unplugged

Read the details below: 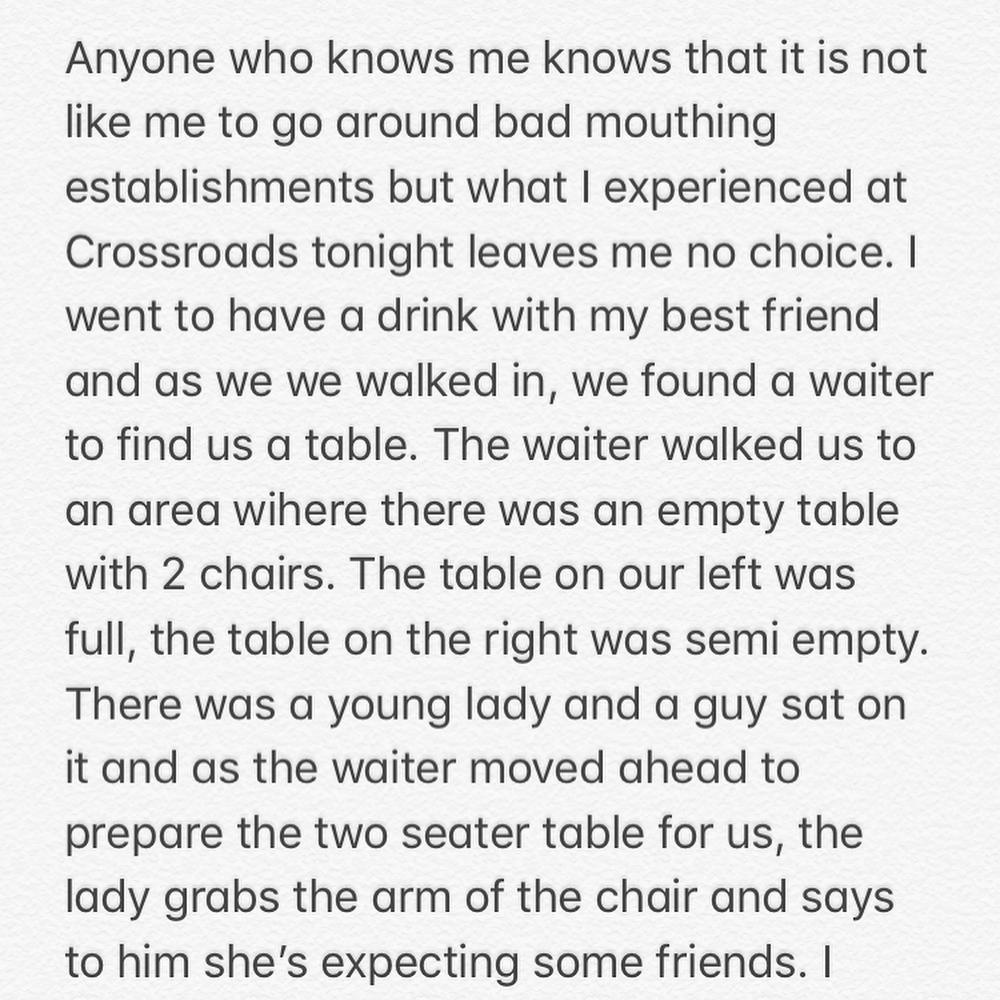 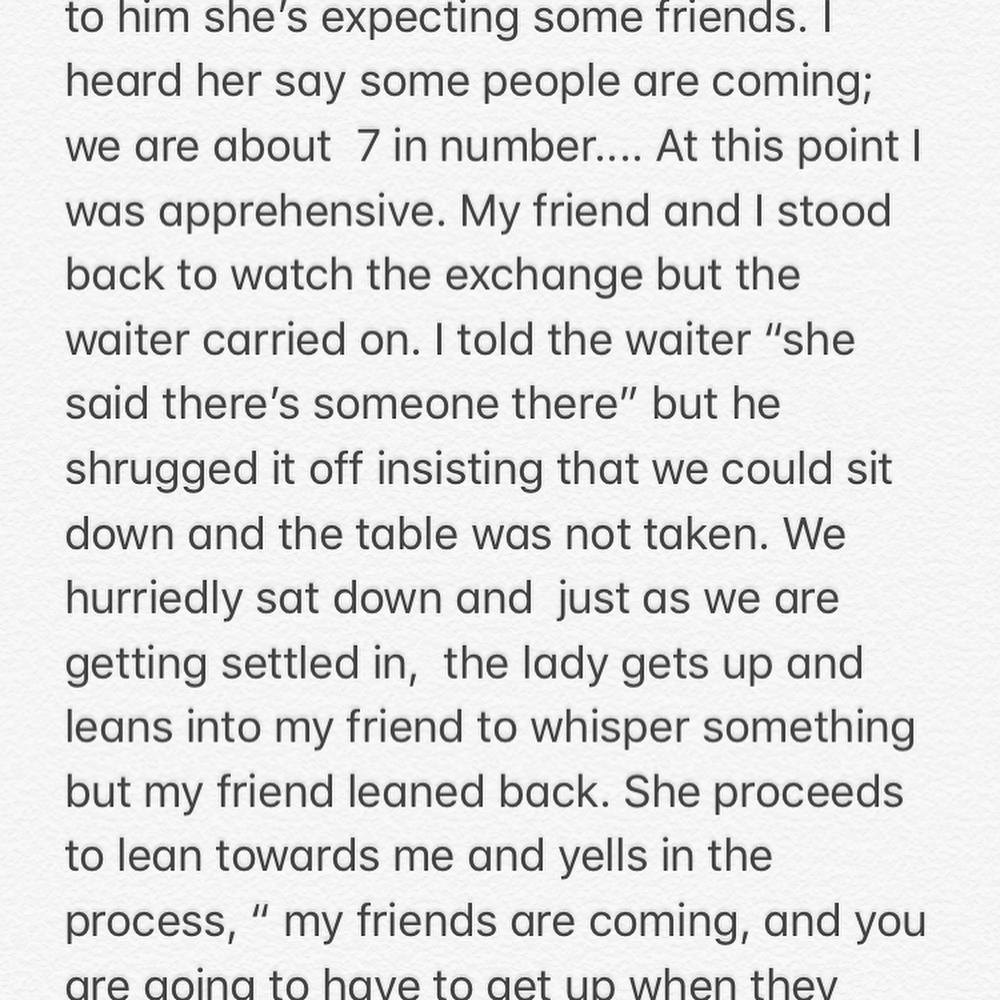 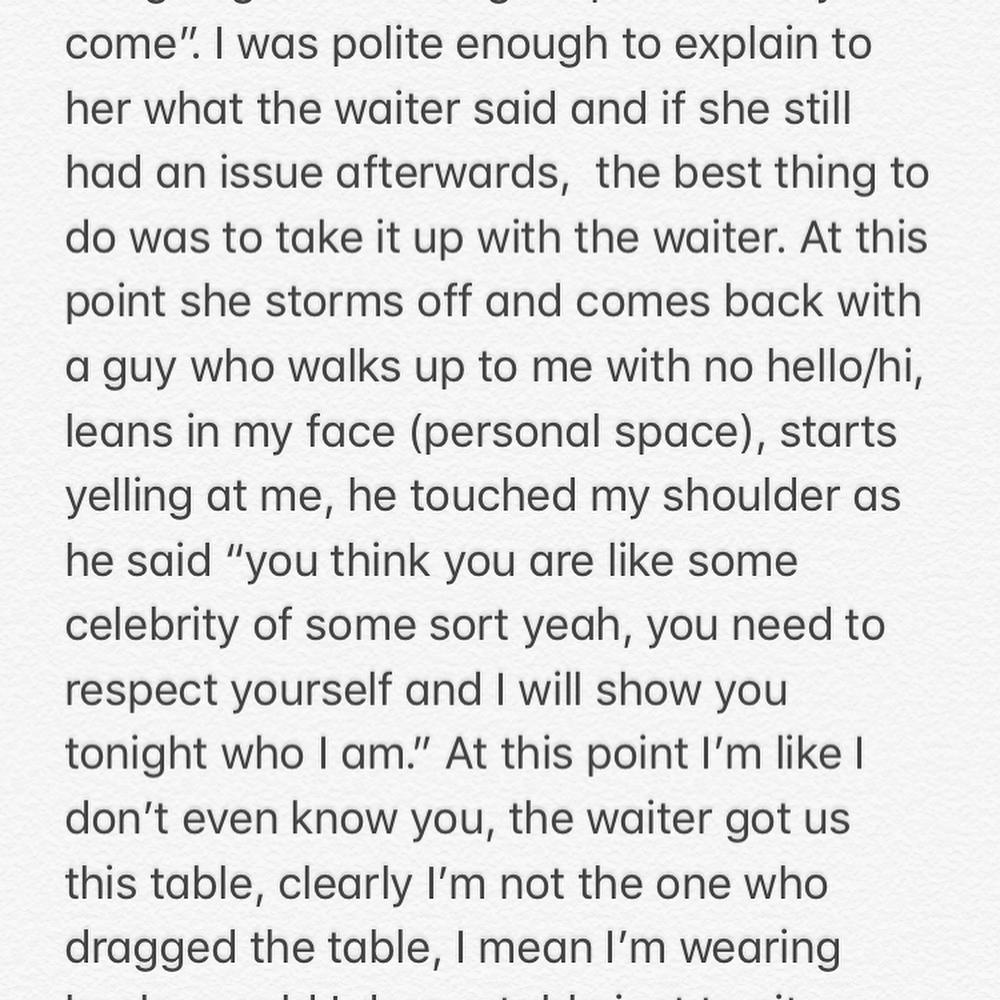 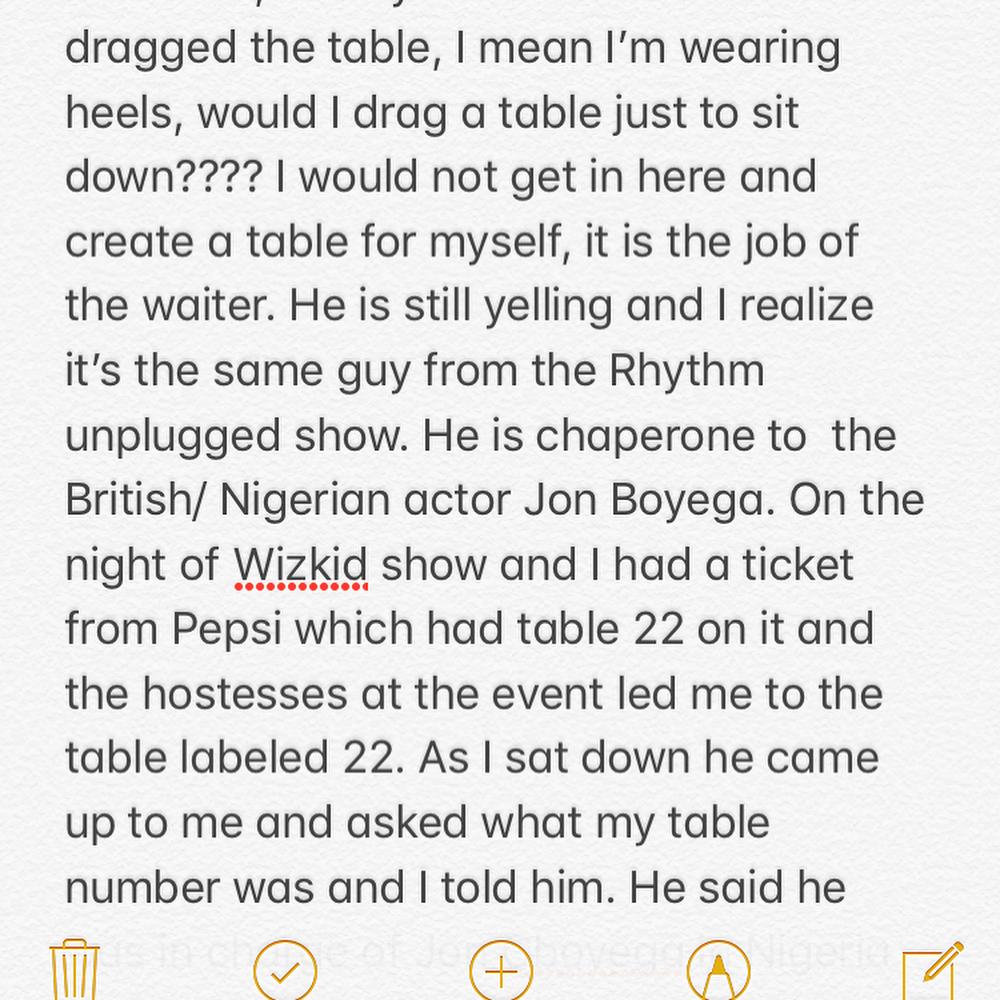 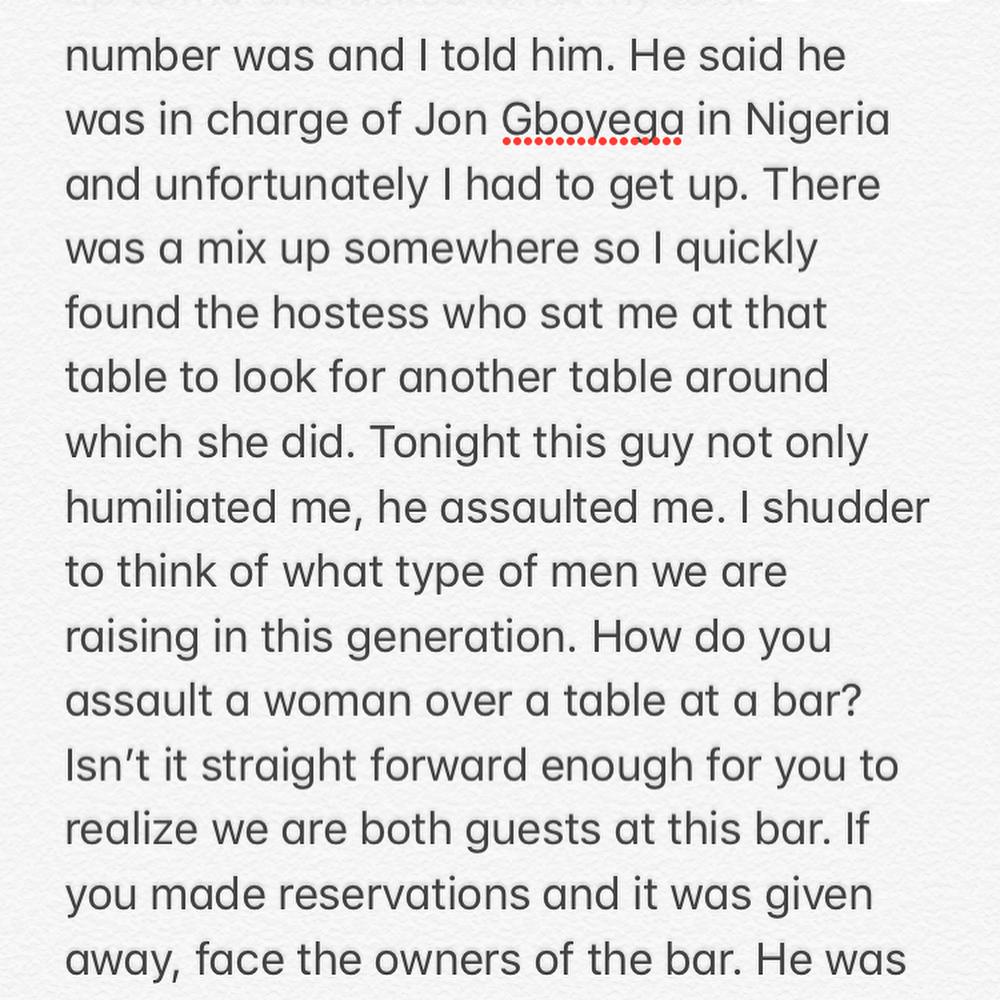 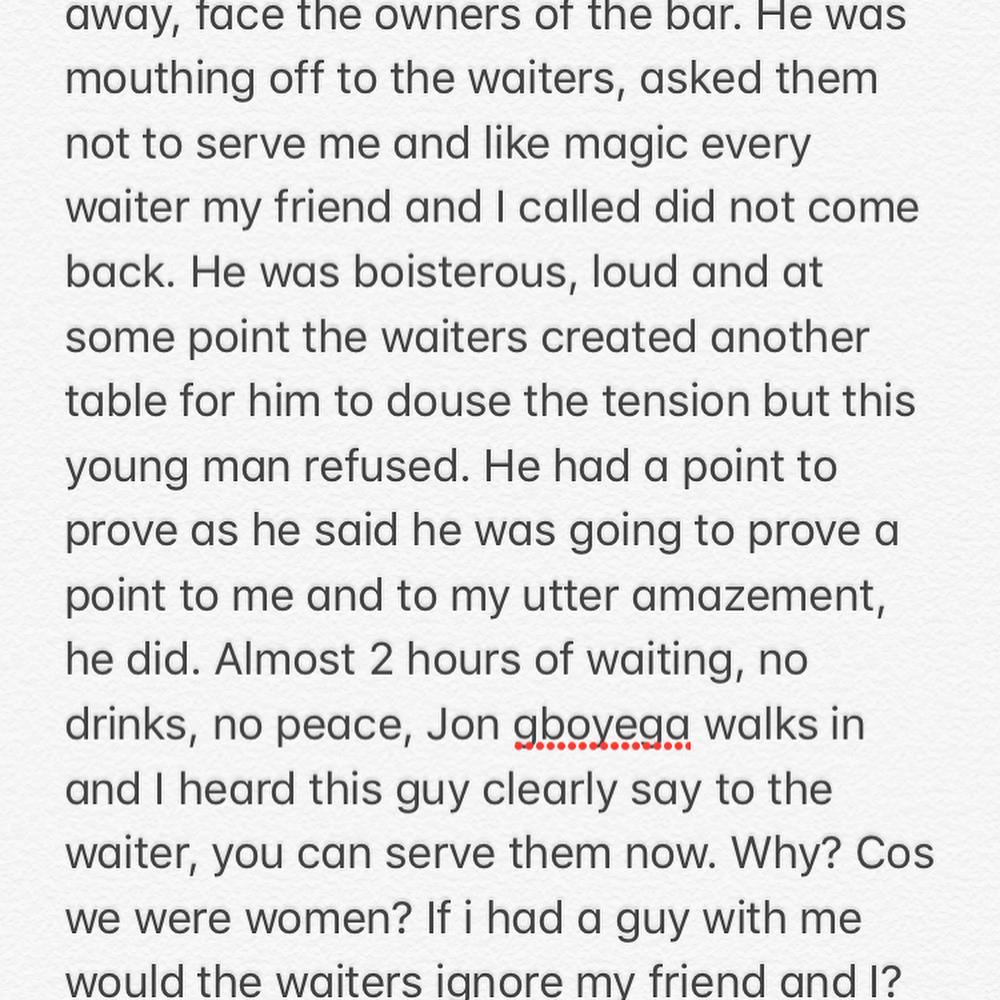 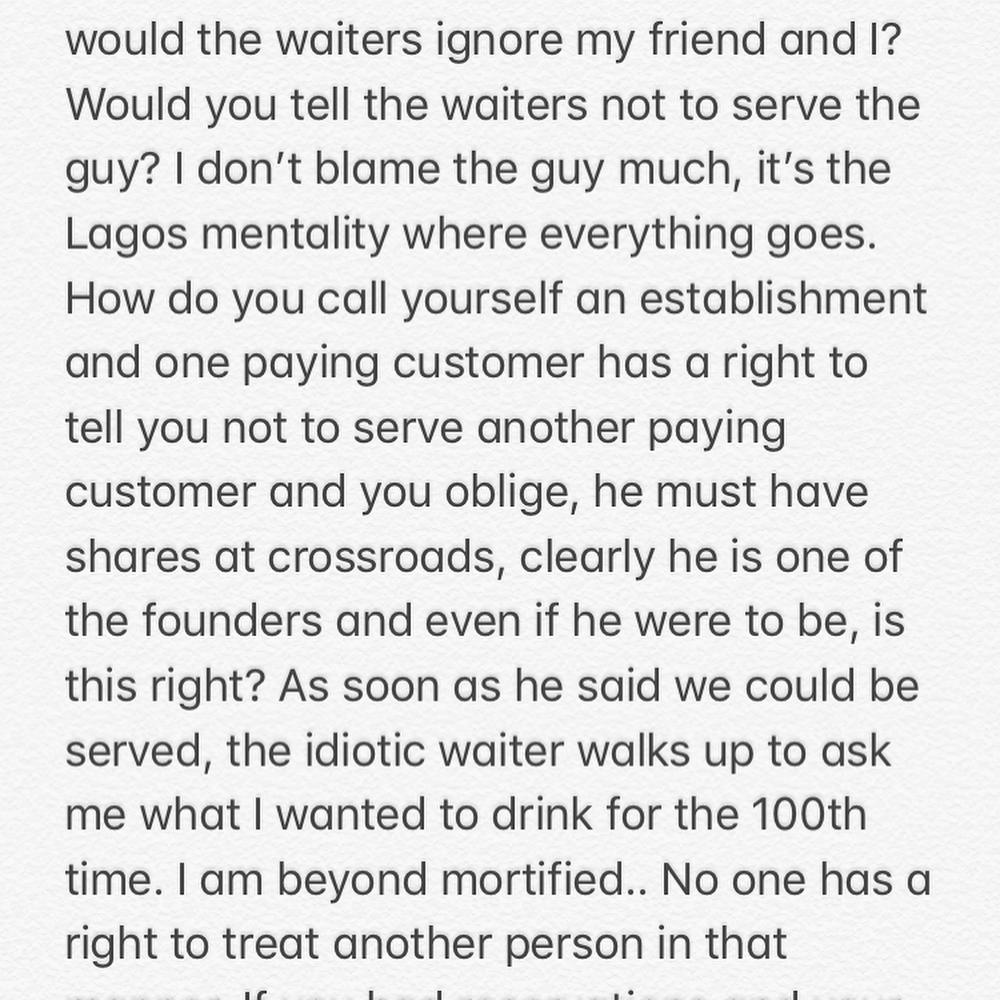 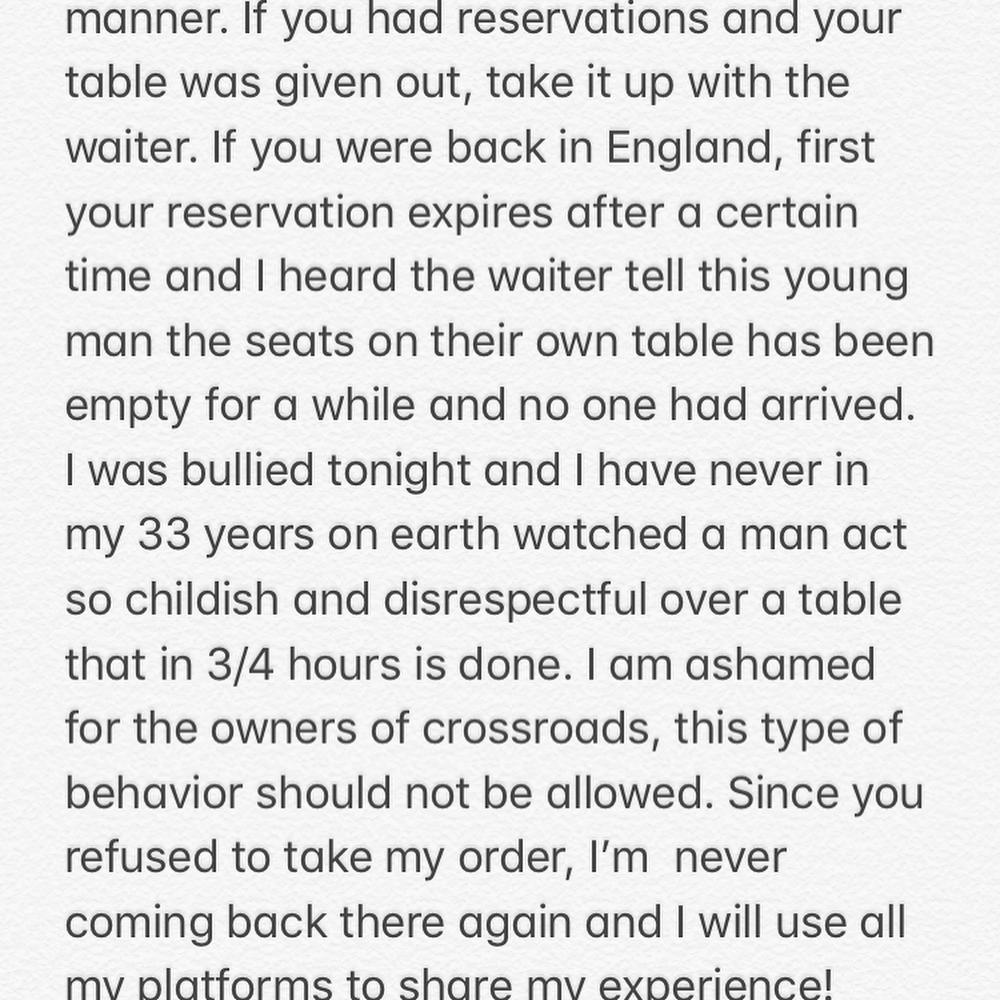 John Boyega is still Searching for his Nigerian Bae