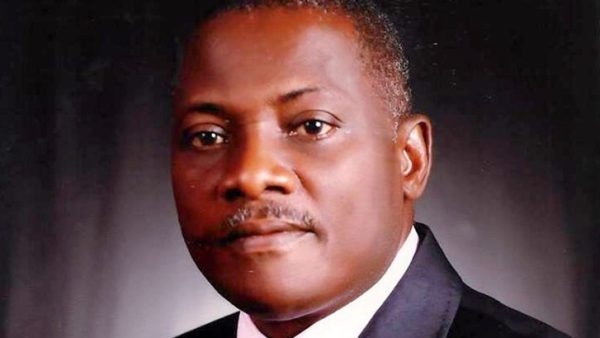 The Chairman of Innoson Group, Innocent Chukwuma has filed a stay of execution on the bench warrant issued against him by an Ikeja High Court, Lagos.

Justice Mojisola Dada had on Friday, February 9, issued a bench warrant for the arrest and detention of Chukwuma in prison for failure to attend court proceedings for formal arraignment by the Economic and Financial Crime Commission (EFCC).

Dada had adjourned the proceedings to March 14 after a melodrama with Chukwuma’s counsel whom she alleged committed contempt in the face of the court via his outburst that the matter was a `gross abuse’ of court process.

Chukwuma in his application for stay of execution dated and filed February 9 had stated that the grounds for the stay of execution of the bench warrant was to enable the defendant conclude his pending appeal at the Court of Appeal and a pending motion before the court.

He is also asking for such further orders as the court may deem fit.

No date has been fixed for hearing.

Meanwhile, Chukwuma in a release made available to the News Agency of Nigeria (NAN) on Monday denied speculations that he had been arrested and detained in compliance with the bench warrant of the court.

The release signed by his spokesperson, Cornel Osigwe said that the bench warrant had not been executed adding that no arrest nor detention was effected on the chairman of our company.

“I am not afraid of arraignment but I must be arraigned through the due process of law,’’ Chukwuma said.

He said that Innoson had petitioned the Chief Justice of the Federation, Justice Walter Onoghen on the development.

“We are building a bank” – Odunayo Eweniyi of Piggybank.ng talks to Dotun on Building the Future Podcast