The Economic & Financial Crimes Commission (EFCC) has revealed the arrest of 14 suspected internet fraudsters in the Badore area of Ajah, Lagos State, today. 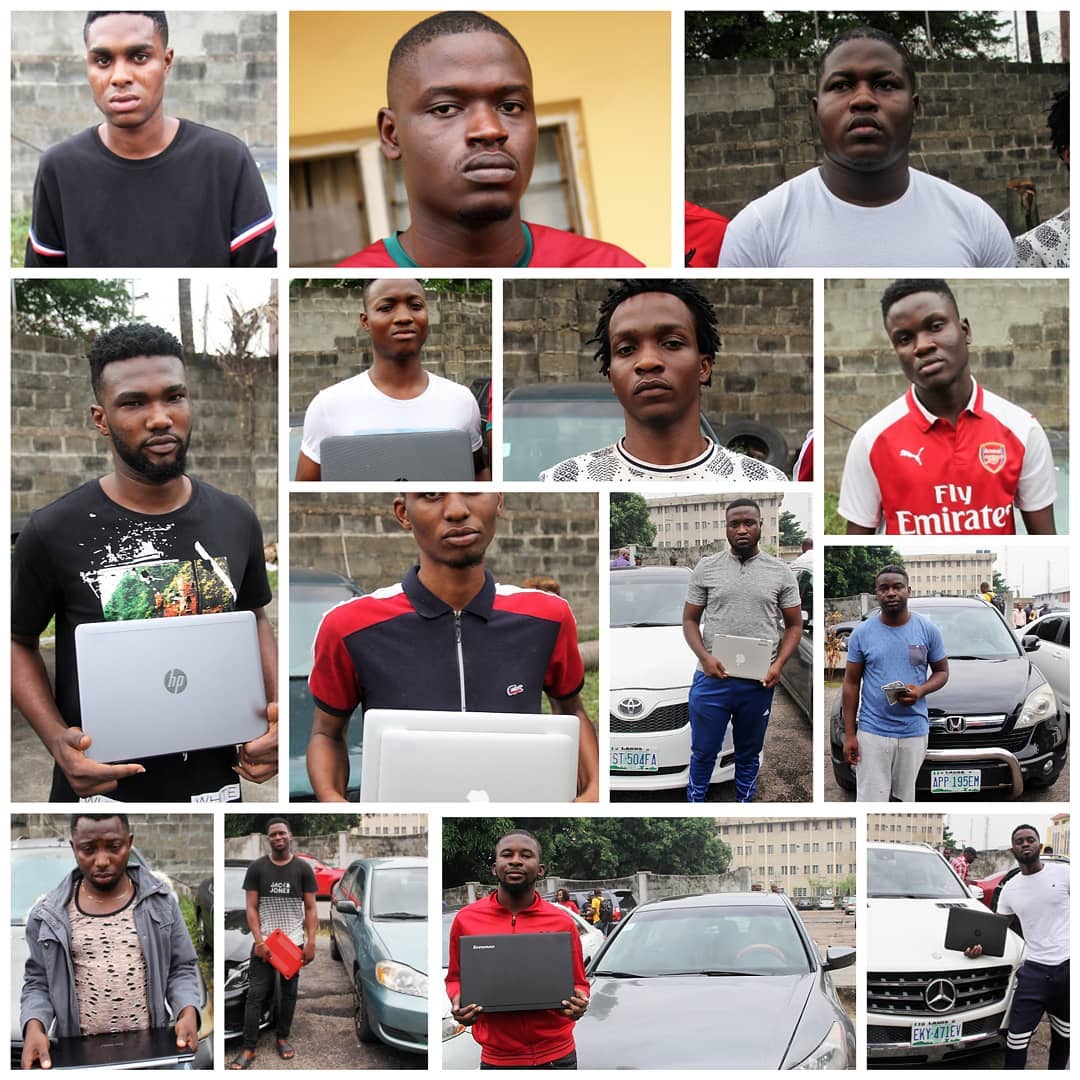 According to the commission, the suspects were arrested yesterday by the Lagos Zonal office acting on intelligence report.

Items recovered by the EFCC include exotic cars, laptops and various charms.

According to the commission, the suspects will soon be charged to court as soon as investigations are concluded.

The commission also revealed the arrest of four other suspects caught in the Lekki area of Lagos on Saturday, 7th of April.

The suspects are Ale Daniel, Tunde Badmus, Adams Tunde Adedeji and Ajiboye Gbenga. The 4 were arrested in the Lekki area of Lagos State for various offences bordering on cyber crimes and money laundering. 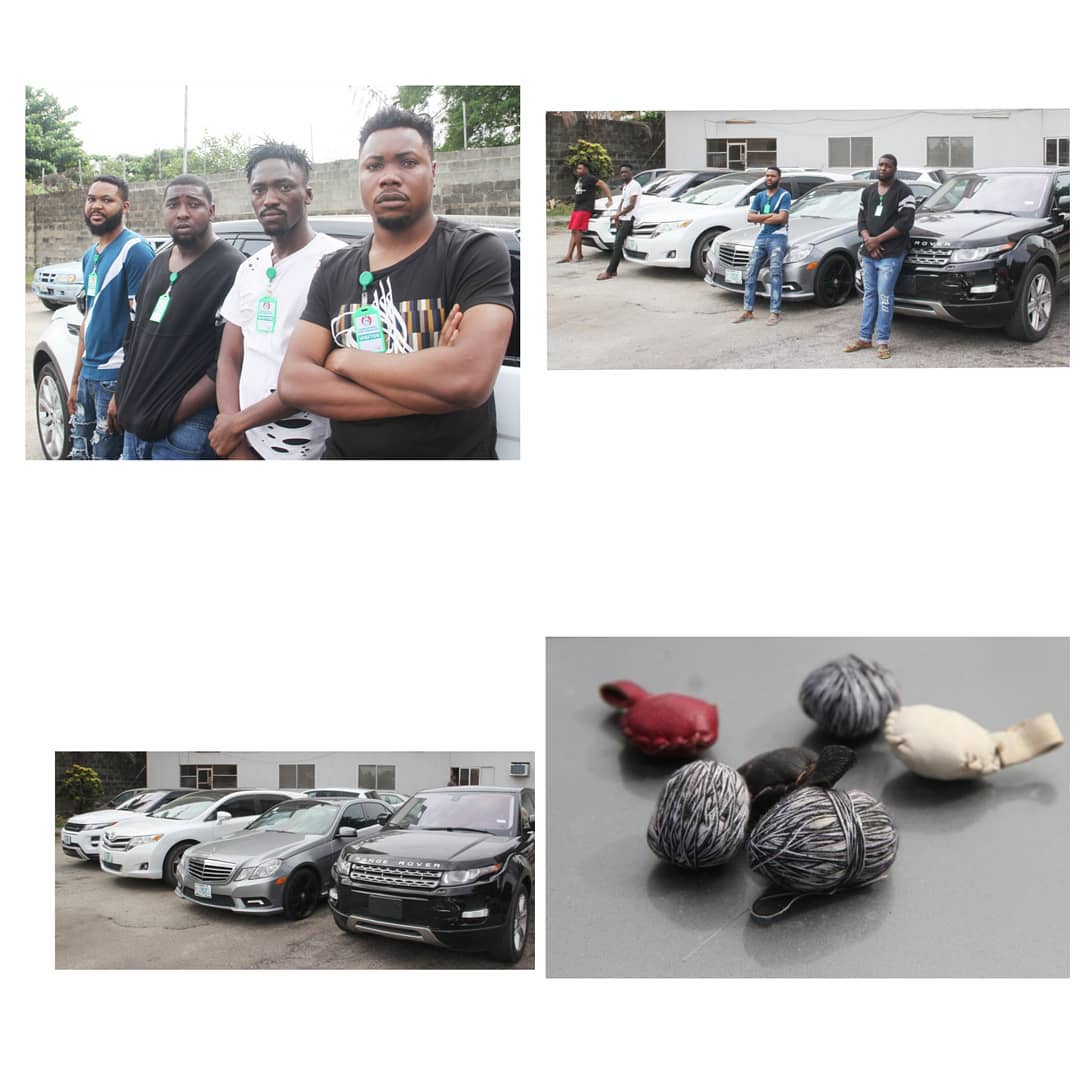 According to the commission, their arrest followed intelligence report received by the Commission about their activities, alleging that they were living flamboyantly without known sources of income. Items recovered from them include exotic cars and charms.

Speaking on the renewed clampdown on Internet fraudsters, the Lagos Zonal Head of the Commission, Akanninyene Ezima, said:

“It is to checkmate the activities of these undisciplined elements who want to reap where they did not sow. “By this action, we are also sending a red alert to the so-called yahoo-yahoo boys that engaging in fraudulent deeds, does not pay.” He also urged landlords, particularly in gated communities, to always carry out background checks on their tenants so as not to unwittingly run foul of Section 3 (Three) of the Advance Fee #Fraud  and Other Fraud Related Offences Act 2006, which says; “A person who, being the occupier or is concerned in the management of any premises, causes or knowingly permits the premises to be used for any purpose which constitutes an offence under this Act commits an offence and is liable on conviction to imprisonment for a term of not more than 15 years and not less than five years without the option of a fine.”

Husband pleads Not Guilty to Murder of Alizee & Daughter