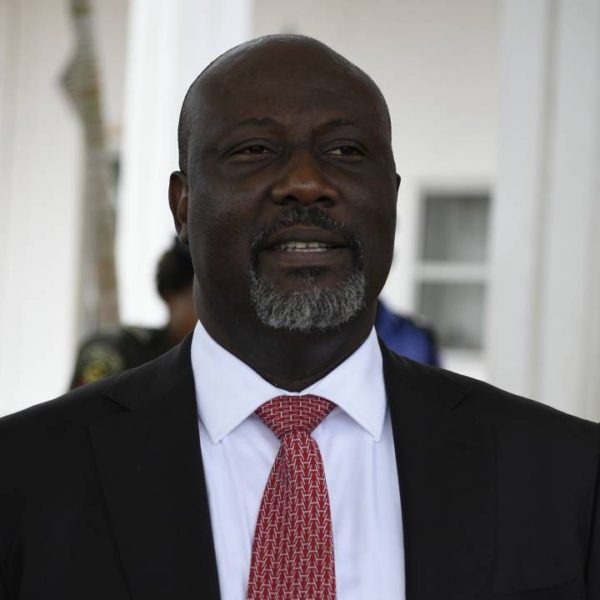 Dino Melaye has said he was arrested by immigration officers in the airport, who said they were carrying out orders given by the Nigeria Police, Punch reports.

The senator representing Kogi West had earlier shared on his social media that he was arrested while trying to leave on a trip to Morocco.

In an interview with Punch, Melaye said he was being held by immigration officers and they attempted taking his passport away from him. He said:

My self and the Deputy Senate President, Ike Ekweremadu, and others were to be on an official trip to Morocco but while some have gone through the Lagos airport today, others are to depart tomorrow.
I got to this airport I was checked in and was already in the lounge waiting for departure. Immigration officers invited me that there is a directive from the police that I can’t travel; that I am on their watch list. And I said it was not true, that the INTERPOL said they had not issue an alert on me. I opened INTERPOL’s website and showed them the denial. But they insisted that it was based on the directive from the police.
I was disembarked and asked me to go to their office (at the airport). They snatched my passport but I snatched my thing back from them. I got it back! I’m still here with them. They circled me and said they were waiting for further instructions from the police.

The Nigerian Immigration Service (NIS), confirming the arrest to NAN, only revealed that they were detaining the senator “based on instruction.”
Related Topics:Dino MelayeimmigrationNigeria Police
Up Next

CAN urges FG not to decriminalise Same-Sex Marriage