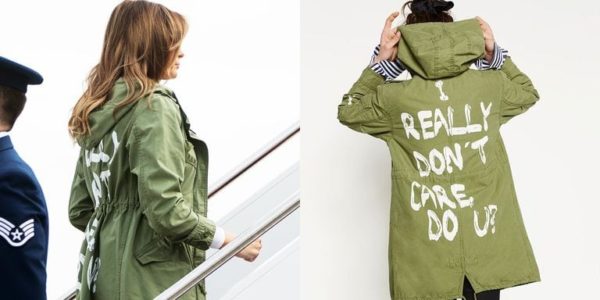 Melania Trump on Thursday visited a child detention facility, where immigrant children are held away from their parents, wearing a jacket with the words “I REALLY DON’T CARE, DO U” written across its back.

She had received backlash for wearing the jacket, with people calling her insensitive.

Her team had also released a statement, saying that the jacket held no hidden message.

Donald Trump, on his Twitter, has said that there was indeed a hidden message, and it was directed at the media.

The message was directed at the “Fake news media,” Trump said.

“I REALLY DON’T CARE, DO U?” written on the back of Melania’s jacket, refers to the Fake News Media. Melania has learned how dishonest they are, and she truly no longer cares!

Canada legalizes recreational use of Marijuana