BN Prose: The One With The Penis By Roseline Nya 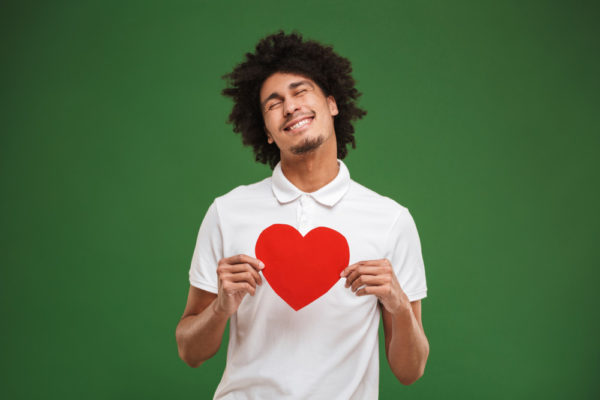 The day Ita moved to Abuja to live with his girlfriend, Ekanem, was the day women and girls picketed the Nigerian Government. It was the same day he first called himself a feminist. It was also the day I became sure my friend was beside himself.

When someone asked why he excluded himself from something that wasn’t obviously wrong, someone else said, “Because he loves his girlfriend more than you love your girlfriend.” Then that someone turned to him and asked what it is about Ekanem that made a “hermit” out of him, and Ita said, “Have you heard my Ekanem sing? I swear to God, you will fall in love”.

That was the day my fear began. Later, when I tried to investigate what love could make a skittish fellow calm and deep. He told me, “Isn’t the fact that I’m happy a good enough reason?”

So I stopped asking questions and pretended to be happy for my friend. Even when he told me he was moving to Abuja to live with Ekanem.

There was this church crusade they were advertising every two minutes on radio and TV. I convinced him to go with me. Not that I wanted to go. I just wanted to take my friend there, in case of incasity. We went. During a prayer session, I overheard my friend praying to God to destroy everything that tries to stand against his move to, and subsequent prosperity in, Abuja.

I was weak and angry. Is that what I left my bed for?

On the day of his travel, I drove him to the airport. His parents and siblings said there was more to it. I told them I thought so too, even though I searched everywhere and couldn’t find any other backstory except the one Ita told me: That they were in love with each other. That Ekanem had a thriving and very promising career in Abuja, so even though he wasn’t particularly complaining about his job or life in Lagos, he decided to move to her city so he could see her more, “marry her if she would marry him,” and grow old together with her.

That was all I found out. It was unbelievable! No one should believe that the only reason a man uprooted himself from where he had managed to establish himself was that he wanted to be with his girlfriend. And the guy wasn’t even bothered about what everyone thought. He was too excited about their life together to even pay attention. Me, I was tired. The only thing I owed him was a drive to the airport. I did that as a good friend.

Ita got to Abuja the same day women and girls in Nigeria did the most shocking thing I had ever seen or heard in my whole life.

No one knows how they got there, or how their arrival was coordinated. No one can tell when the plan was made and how it wasn’t leaked. There was no known convener among them. Abuja just woke up to see a large number of buttocks sitting around Circular Road.

They were not celebrities or faces you’d see in the media. They were women of all sizes and strengths. These women sat down like mbiam in our capital city, bewailing their plight, saying they have lived all their lives as endangered species. And when news about their action broke, people’s mothers, aunties, sisters and daughters went to join them. Market women left their stalls. Female teachers marched out of their classrooms. Female civil servants filed out. Females from the private sector joined them; except female bankers who stood transfixed in their cubicles. It was the coming of women in uniform that gave everyone goose bumps.

I watched it all on CNN. The media had a field day. Then something happened. A bomb was set off, a short distance from where the women sat. People say it was the government who set off that bomb in their office complex to disintegrate that gathering. I don’t know if it is true, but it worked. The women, all one million of them, ran for dear life.

It was during that commotion that CNN’s birds-eye caught Ita running, protecting Ekanem, as they found their way to safety.

I didn’t know how to feel when I saw him. My friend Ita was the only man in that crowd of protesting women. As he scampered to safety, he was still waving a placard that read, “Your cruelty is showing. Pass the gender and equal opportunity bill.”

I sat at the edge of my seat watching this guy make an unwanted specimen out of himself: A man born of a lion behaving like Bingo.

In that split second, the news took another angle; things became about Ita’bong: the only Nigerian man who cares about women. They made a hero out of him. Talking about how Nigerian men do not support Nigerian women. How we lord it over our women, mistreating them and refusing them seats at the table. They talked about how our government is only a reflection of us.

I sat and watched them make this boy look like he wasn’t fathered by a Nigerian man. When they later interviewed him, he said he was a part of it because he had the first-hand experience of how hard it is to be a Nigerian woman.

Tell me the first-hand experience that Ita’bong has. Was it not his bearded mother’s daily wahala that drove his father to an early grave?

Anyway, days after the event, I visited Abuja for work. I stayed over with them and asked him about that statement.

Me, I told him that men don’t just get up and beat women o. That me I have never raped anybody. I told him that where I come from, we don’t steal from widows and where it is done, there is no smoke without fire. I told him that people say a man does not have children yet until he has a male child because a female child should not speak with a loud voice. Moreover, who will allow her to sit at the table where decisions are made?

When I said that, my friend looked at me as though he was expecting me to figure out something from my statement. Then he said it was his turn to cook dinner; we should go and continue in the kitchen. I looked at his head very well, then told him I needed to send a report to Lagos and excused myself.

Later, that evening, as we lounged in the sitting room, I kept looking at Ekanem wondering what it was about her that had made my friend mad.

Was it in the mound of her ass or that of her breast? It certainly wasn’t her character, because she didn’t treat him like a man.

Now I told you all of that to tell you this, “I am not my friend Ita’bong. My father was a lion. So was his father and his father’s father. If Ita’bong’s father did not take him, mine took me to different gatherings of men! I know who a man is. Look here, I am the one with the penis. Not you!”

Your Better Self with Akanna: Set the Tone For What You Want to See in Your Society