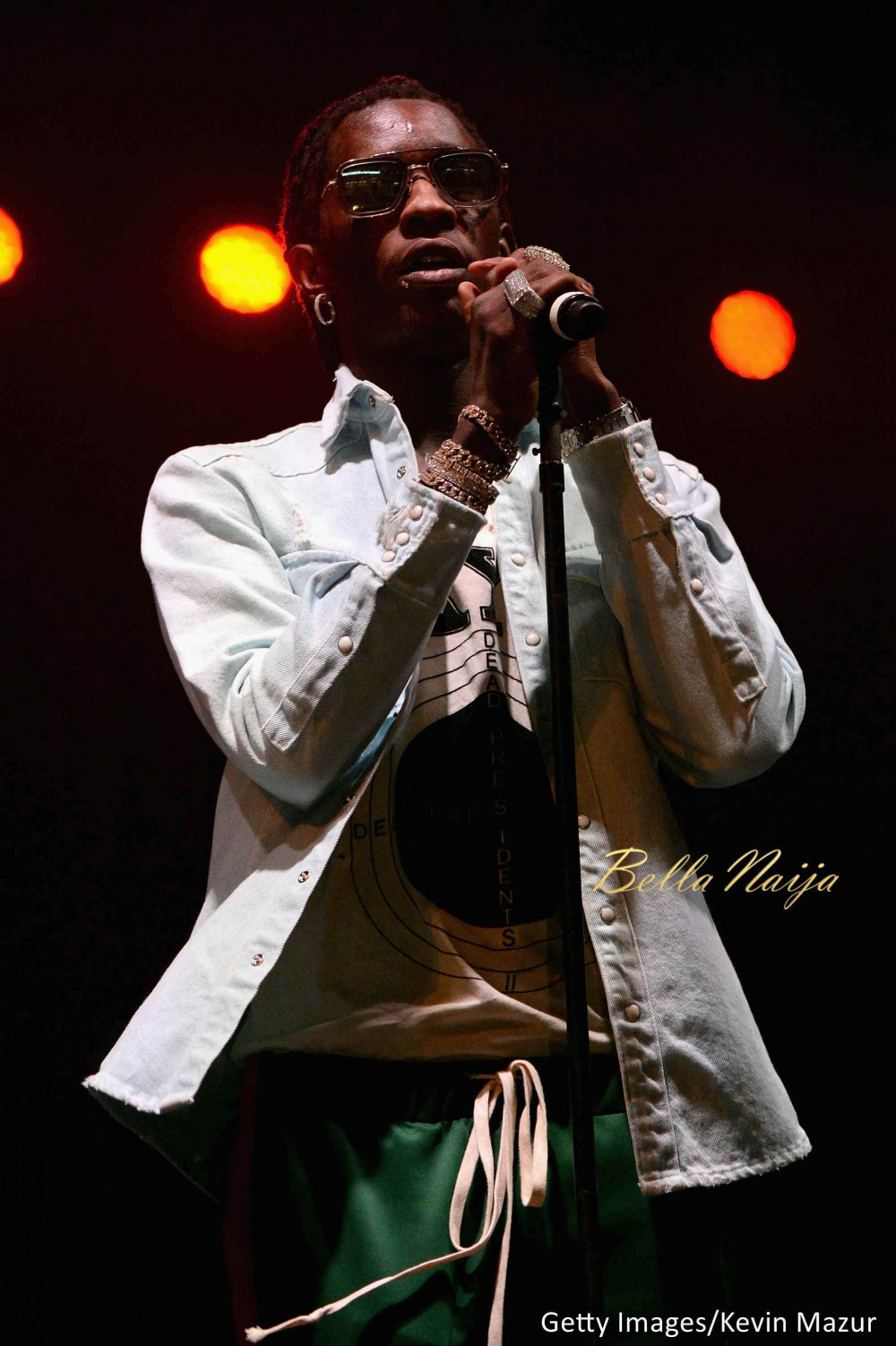 American rapper Young Thug has more jail term hanging in the near future as new reports confirm he has just been slammed with a new arrest warrant in Georgia.

According TMZ, Young Thug is wanted in Dekalb County in connection with 8 felony charges which were filed early this month all relating to his September 2017 arrest.

Thug was arrested and charged with possession and intent to distribute drugs ranging from marijuana, hydrocodone, meth, Alprazolam, amphetamine and codeine. He was also in possession of a firearm.