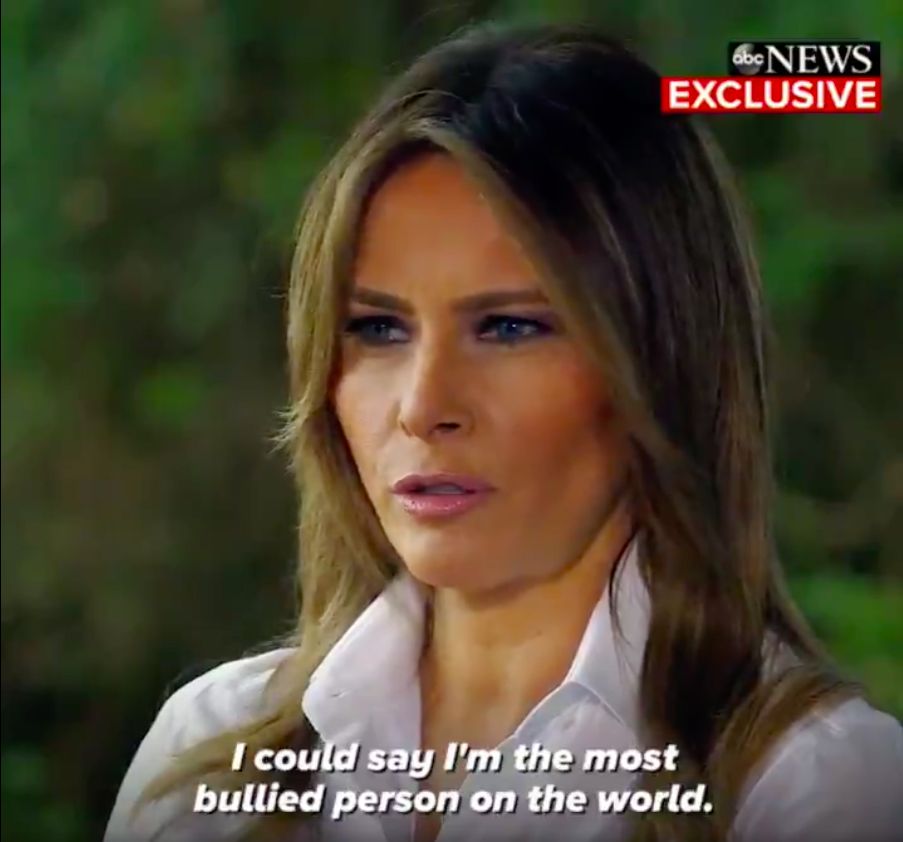 In a sneak peek from her exclusive ABC interview, she says she’s the most bullied person in the world. After being prompted by the interviewer, she adds, “One of them”.

During the interview, she spoke about bullying, her anti-bullying “Be Best” initiative and how it targets social media and online behavior.

She says, “We need to educate the children of social-emotional behavior, so when they grow up, they know how to deal with those issues. That’s very important.”

EXCLUSIVE: First lady Melania Trump says her “Be Best” policy platform targeting online bullies is personal. “I could say that I’m the most bullied person in the world,” she tells ABC. https://t.co/iiEv5Z3ijv pic.twitter.com/CWZ7g9by27

Related Topics:Melania Trump
Up Next