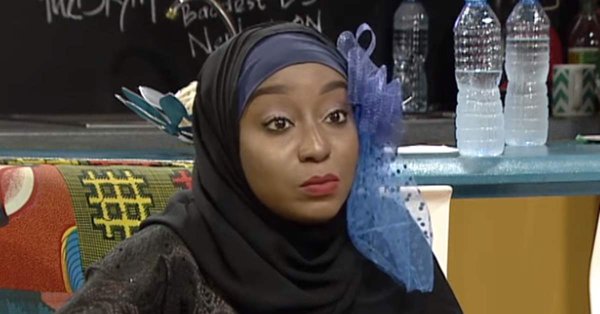 Over the last few days, the #ArewaMeToo hashtag has been trending, with men and women sharing stories of abuse from close friends, partners and relatives.

One of the notable activists is Maryam Awaisu, and according to Amnesty International, she was arrested in her office in Kaduna on Tuesday, “by a convoy of officers from the notorious Special Anti-Robbery Squad (SARS).”

Authorities must immediately and unconditionally release Maryam Aiwasu who has done nothing more than speaking up for women’s rights. Her arrest appears to be an attempt to intimidate and harass both her and other women supporting #ArewaMeToo – a movement seeking justice for victims of sexual violence in Nigeria.

While arresting Maryam, the police attempted to gain access to her laptop and mobile phone by force; this is clearly an effort to access the sensitive evidence she and other human rights defenders have been gathering to seek justice for victims of sexual violence.

Maryam and the other brave human rights defenders working with the #ArewaMeToo movement must not be silenced or punished for the vital work they do. For too long, Nigeria’s women have been facing various kinds of sexual violence that seldom receives proper attention from the country’s law enforcement agencies. It is unacceptable that women working on behalf of these victims are subjected to such arrest and intimidation, and we fear that these actions may prevent victims of sexual violence from pursuing justice.

Co-convener of Bring Back Our Girls Movement, Aisha Yesufu, who also shared her story of abuse and has been very vocal in the #ArewaMeToo activism, also condemned the arrest.

If you ever doubted the authenticity of the stories of #ArewaMeToo the arrest of Maryam @Ice131Queen should put paid to that.

This is a fight we all must take up. Lets protect our children, unborn children fellow citizens from sexual harassment and sexual molestation.
Don't allow your child go through what you went through #IAmMaryam#WeAllAreMaryam#FreeMaryam#ArewaMeToo

So Amazing ??! Chude Jideonwo has launched a Mental Health walk-in Center in Lagos