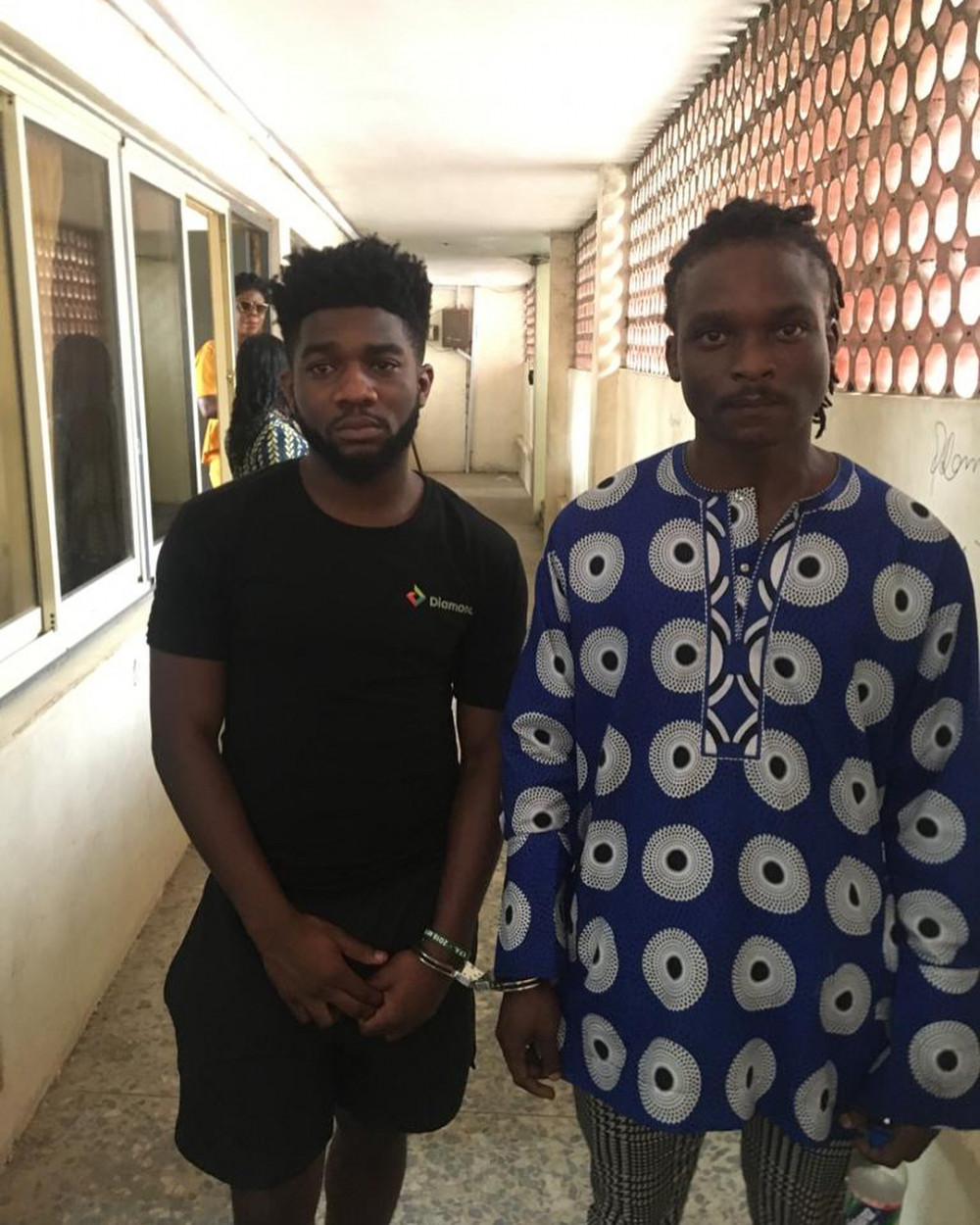 The Nigeria Police Force has released a statement on allegations that two rape suspects – Don Chima Enyinnaya George and Olusegun Rasak (DJ Ricco) have been released from custody.

The suspects were alleged to have drugged a lady and took her to a Lekki hotel owned by Don Chima’s father, where they allegedly raped her and filmed the act.

Social media users had been calling for justice following reports that the suspects have been released and the brother of the victim, who called the cops, was reportedly arrested on the orders Don Chima’s father.

In a statement released on Instagram, the PRO of the Zone 2 Command, CSP Dolapo Badmos said:

The attention of the Nigeria Police Force Zone 2 Command covering Lagos and Ogun State has been drawn to the news going round that two suspects Don-Chima Enyinnaya George and Olusegun Rasak arrested in connection with a case of rape at Lekki area of Lagos has been released. On receipt of the report, the AIG in charge of Zone 2 , AIG Lawal Shehu ordered an immediate enquiries into the “report“! It was subsequently discovered that it’s a false allegation that is not only baseless but was purposely concocted by an unscrupulous element to smear the image of the police.

The two suspects who were alleged to have forcefully had carnal knowledge (sexual intercourse ) of a lady (name withheld) were arraigned before the special offences court of Lagos State (Family court 3) on 6th day of February 2019 on charges of Conspiracy, Sexual Assault and Rape, consequently they were reminded in prison till the next adjournment date..(facts can be cross checked with the court and Prison service)

The command hereby warn that mischief makers should desist from toying with sensitive issues especially that of this magnitude (RAPE) as it will not fold its hands to allow such occurrence. Investigation into this “fake report” is ongoing as person(s) behind it will be fished out for proper actions.

Further information on the alleged rape case:
-suspects were remanded by Magistrate Court 3, Ikeja on 6th Feb,2019. Case was adjourned to 7th March,2019 until which time suspects are to be remanded at kirikiri prison https://t.co/aEvKMbIbQO