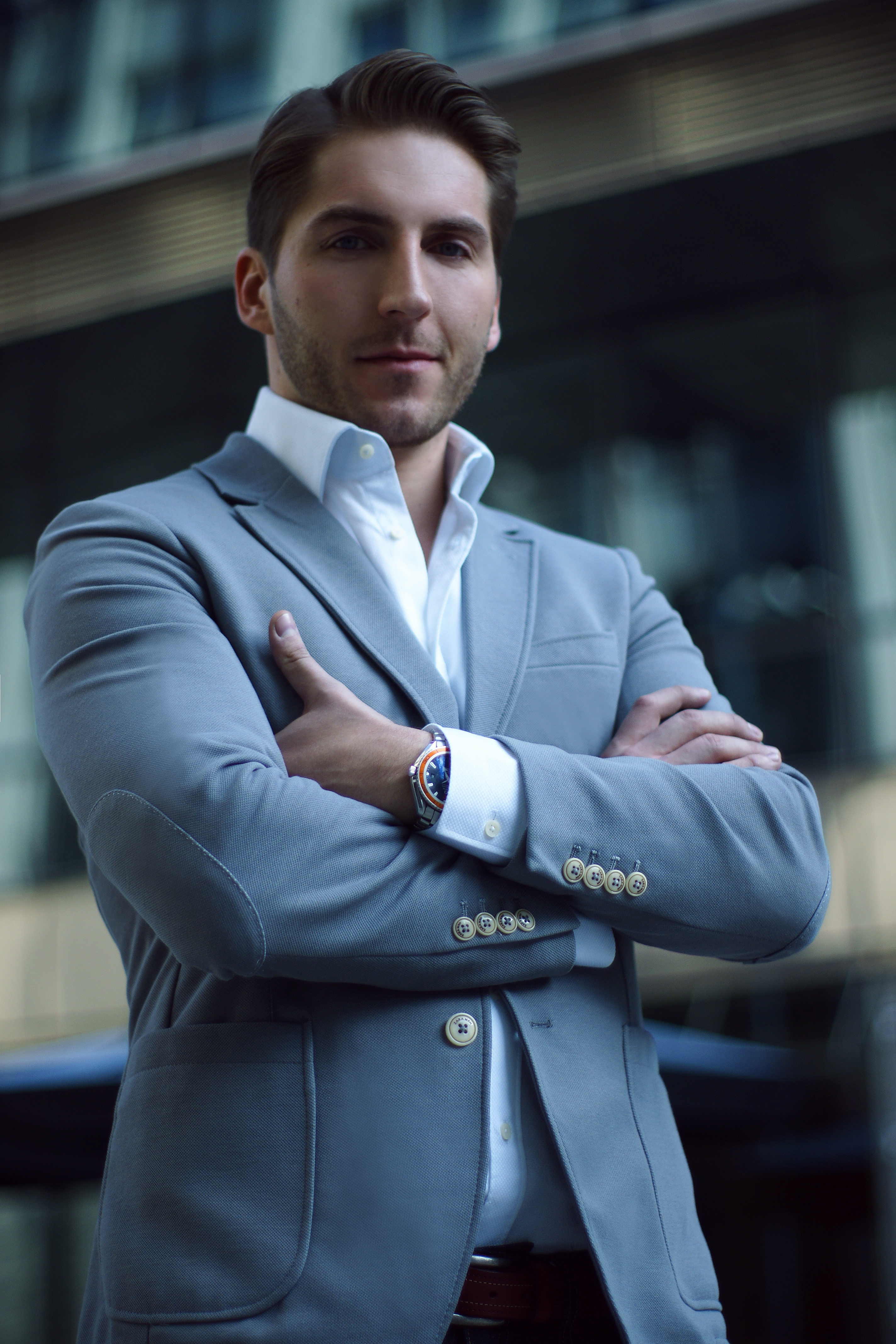 The Nigerian tech startup scene is currently on fire following a medium post by Marek “Chinedu” Zmyslowski, a Polish citizen who’s co-founded some companies in Nigeria, including Jovago (which became Jumia Travel), and HotelOga.

Marek titled his post “How Building the Amazon of Africa put me on Interpol Most Wanted list,” adding that Interpol “became a tool for money extortion in the hands of shady businessmen.”

He alleged that a prominent businessman in Nigeria (who is described as “Godfather”) “with his hands in many different sectors, strategic for the Nigerian economy” invested in HotelOga (which later rebranded to HotelOnline). He wrote:

During the startup fight for growth and survival, a conflict (around the company vision and management style) between myself and the Godfather arose. It reached a threshold when he, together with our CFO, tried to kick me out of the management board and take control of the company. They failed because my team, my co-founder and other shareholders came to my defense. The conflict, however, paralyzed our operations for months and almost made us go bankrupt. We were able to save the company by merging with our biggest competitor from East Africa. This allowed me to exit the company and remove myself from the equation, hoping that this move will release the tension between stakeholders.

I was arrested at Warsaw airport because my name showed up in the passport system as a person wanted by Interpol. Interpol put me on the list on the basis of an arrest warrant from Nigerian Police. The justification of the arrest only included a very vague description of my alleged crimes. Apparently, I stole my investor and my CFO money. The only evidence in the case? Victim statement. Nothing else.

Marek, who took jabs at the Nigerian Police Force and the judicial system for being corrupt, said that the after his arrest, his case was handed to a Polish prosecutor who contacted Nigerian authorities for details of the case but they failed to give information. He said he was released the next day.

He said the investor’s lawyer called him the next day and told him to pay $300,000 and have the case against him quashed.

After his release, he said he “recruited a team of lawyers from Nigeria, USA and Poland, specialized in international crime and Interpol abuse.”

“I got support from Organizations: Fair Trials, Open Dialogue, Amnesty International, and Bill Browder, a former biggest foreign investor in Russia, probably the most famous victim of Interpol abuse triggered by corrupted Russian officials,” he added.

The bizarre situation was that I was wanted because of a Nigerian court order, but we didn’t really know for what, which court ruled it, and when. The disinformation seemed to be planned to slow us down. We started by demanding that my bank sends us the police documents supporting the account freeze. After pulling all the possible strings, we got the scan of the letter, that the bank received from the police. We finally knew which department and which court is behind it. The happiness didn’t last long though. My lawyers were kicked out from that police station and refused any explanation. A big surprise also waited for us in court. The documentation of the case related to my situation “got lost in court archives”.

He said he wasn’t the only “victim” of the “Godfather’s” usage of “political relationships and power”.

He added that he sued the police and on July 23rd, 2018, the court ruled in his favour as the police did not defend in court. The arrest warrant was struck and his Nigerian account which was frozen, was ruled as illegal.

He said his name has still not been removed from Interpol’s Most Wanted list.

However, stakeholders in the Nigerian tech space have alleged that Marek defrauded his investors and carted away with their money, hence the recent trouble.

@OoTheNigerian published a medium article sharing “a summarised version of the other side of the story”. He wrote:

6. The Nigerian investors without anything to show for their plenty monies invested (even though value was being created everywhere) began to look like they had been jobbed by a Polish visitor to Nigeria (Choi!??).

7. The Nigerian investors have refused to be his Maga and are apparently working to rectify their error

8. Marek is throwing a tantrum and trying to tarnish Nigeria’s image as he tries to sort out his personal business issues. (Marek, we will not be your collateral damage) 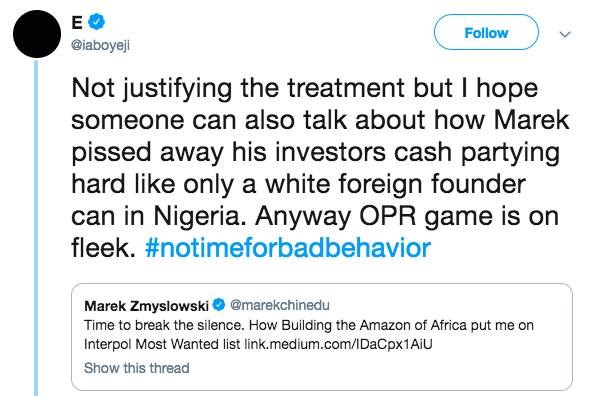 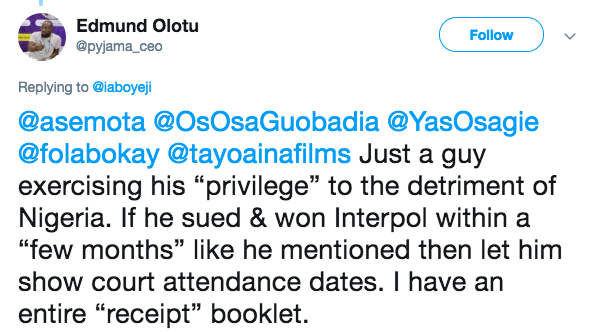 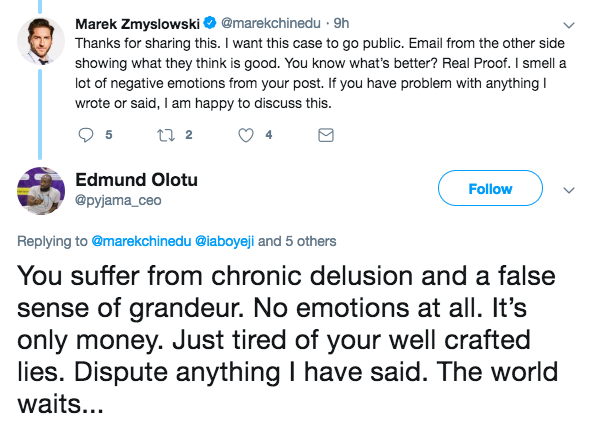