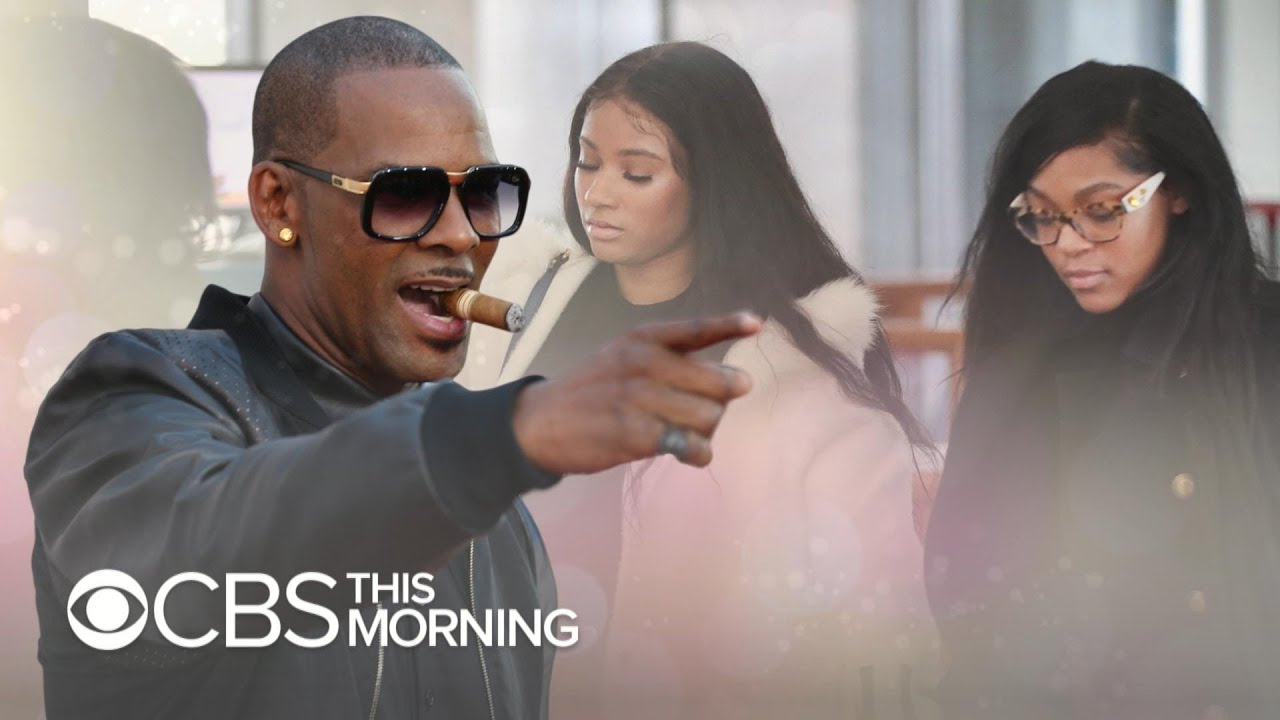 R.Kelly‘s girlfriends Joycelyn Savage and Azriel Clary are coming to his defense after denying claims the singer has been holding them hostage in his home for years.

Ahead of the interview set to air on CBS This Morning, the show shared an emotional clip with the women who vehemently denies that R. Kelly tore them away from their now estranged families. Clary said in the video:

I’m crying because you guys don’t know the truth.  You guys are believing some f—ing facade that our parents are saying. This is all f—ing lies for money, and if you can’t see that, you’re ignorant and you’re stupid.

WATCH: @GayleKing spoke to Joycelyn Savage and Azriel Clary about living with R. Kelly and their estranged relationship with their families. It made them very emotional.

We'll bring you more of their interview, tomorrow only on @CBSThisMorning. pic.twitter.com/R9IWQmy8RR

On Wednesday morning, Kelly, 52, struggled to contain his emotions when he sat down with Gayle King for the first interview following his arrest, where he spoke out about his “real” relationship with the young women. Kelly said:

I love them and it’s almost like, they’re my girlfriends

It’s like, you know, we have a relationship. It’s real. And I know guys, I’ve known guys all my life that have five or six women, okay? So don’t go there on me, okay? Because that’s the truth.

Although Kelly has been accused of engaging in sexual acts with a minor, he alluded to the fact that Savage, 23, and Clary, 21, are both of age when King inquired about the 30-year gap between the women and the singer. He said:

Kelly added that he believes both of the women’s parents were initially the driving forces behind the relationships.

I didn’t go looking for a Joycelyn Savage, I was doing my show. [Her father] brought her and asked a friend of mine to put her on the stage with R. Kelly, make sure she’s on the stage.

When King questioned Kelly about why his love keeps women away from their families, Kelly replied:

I’m going to answer your question. What kind of father, what kind of mother, will sell their daughter to a man? How come it was okay for me to see them until they weren’t getting no money from it?

Why would you take your daughter — I’m going to take my daughter and she’s 19 years old to a 49-year-old icon, whatever, celebrity or R. Kelly concert or whoever it is, I’m not going to put her on the stage, and leave her. I’m going to take her to the concert. Their father is more into my music and know about my music than they do.

In Clary and Savage’s interview with King, Clary claimed her parents encouraged her to say she was 18. She said:

When I first met Robert, my parents told me to lie about my age. He thought that I was 18,” she told King. “They even lied to the police so here’s this man thinking that I’m 18.

Everything she’s saying is true. Our parents are basically out here to get money and scam, because they didn’t agree with what happened — with music or whatever it could be — and they’re just very upset.

"When I first met Robert, my parents told me to lie about my age." — Clary

Both families have denied receiving any payments from Kelly.

Clary’s parents, Alice and Angelo, released a statement via their attorney, Michael Avenatti, ahead of the interview, claiming their daughter has “suffered severe mental abuse” living with “a manipulator and sociopath.”

Here is a statement from my clients Alice and Angelo Clary in advance of the @CBSThisMorning @GayleKing interview with R Kelly airing tomorrow. pic.twitter.com/fnnNp93RgP

According to People, the family of Joycelyn Savage held a press conference on Wednesday morning to address Kelly’s interview with King. The Savages’ lawyer, Gerald Griggs, disputed a number of the claims Kelly made, including that Joycelyn’s father, Timothy Savage, brought his daughter to an R. Kelly concert. He said:

We want the record to be clear that from the very beginning of this. The Savage family has brought this to light because they didn’t want another victim, they didn’t want world not to know what was happening, but we also now want to provide facts and proof,” Griggs said. “We have the ticket request and the ticket records that show that at no point has Mr. Kelly ever met Timothy Savage.”

The family also disputed allegations from Kelly that the families only came forward after he stopped sending them money saying:

Kelly has repeatedly denied all claims against him. He is due in court again on March 13 regarding child support and March 22 on the sexual abuse charges.

Tanzanian Teacher to Die by Hanging for beating Pupil to Death