Diddy responds to Comments about Marrying Kim Porter: "I'm ready now, but it's too late"

Diddy, on Saturday, answered FAQs about his relationship with Kim Porter, the mother of his four kids who passed November last year.

Since her passing, and with Diddy frequently declaring how much he loves and misses her on social media, people were curious about why he didn’t eventually marry her.

Diddy wrote as caption, to the photo of him and Kim he shared:

I remember Kim flying to see me on the set of can’t nobody hold me down. She took like a 12 hour flight to LA and 3 hour ride to the desert. With no complaints. Was always ride or die. From day 1! I called her BONNIE AND I WAS CLYDE! This picture will go down in history as the first time I said she was MINE!!!! AND THE FIRST TIME I TOLD HER I LOVE HER, little did I know I was hers. Miss you BONNIE ❤️ and will forever. Maaaaan life is beautiful to have had these experiences. Love you baby. @ladykp ?

Comments started coming in about why he didn’t marry her and Diddy responded to some of them, letting people know that he was scared and wasn’t ready for marriage. 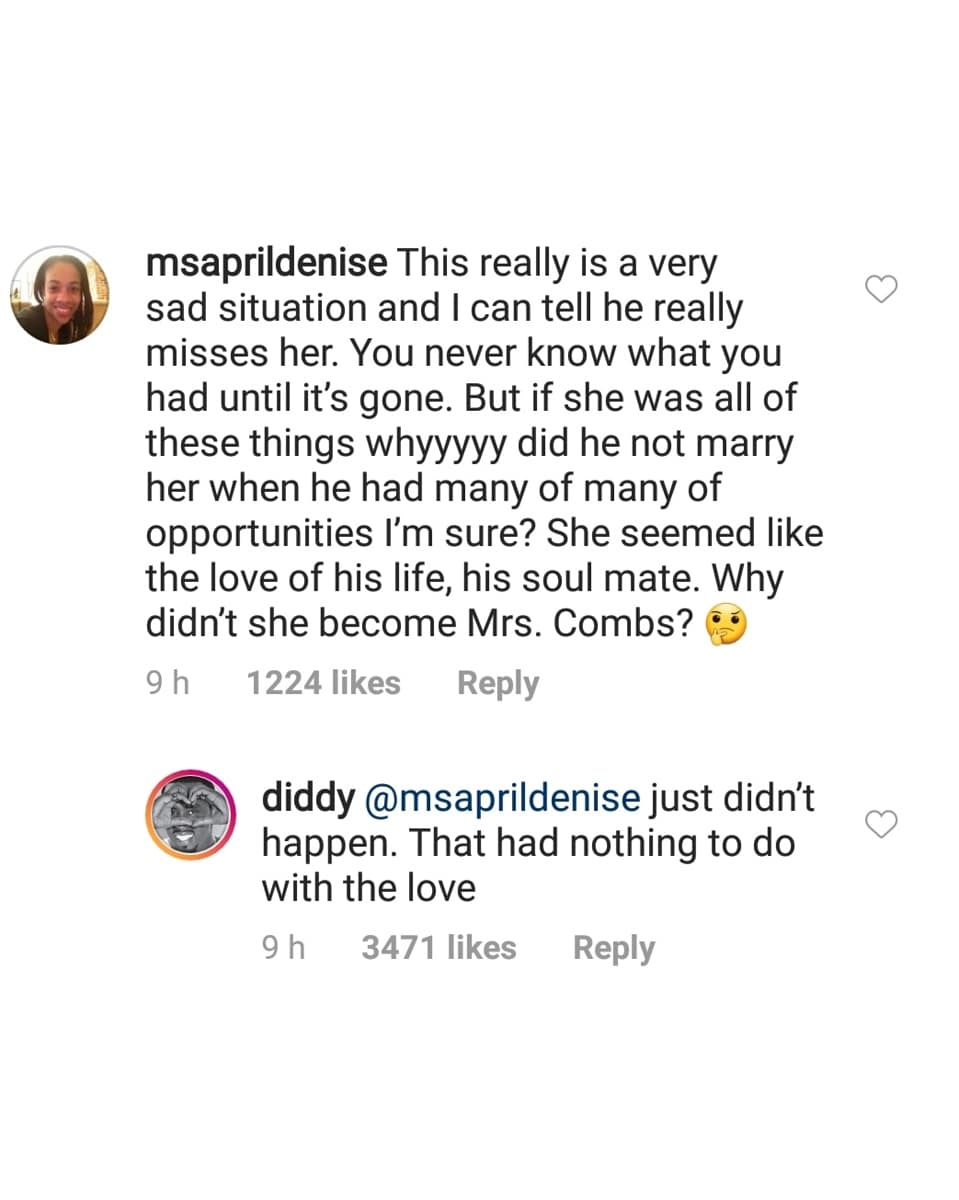 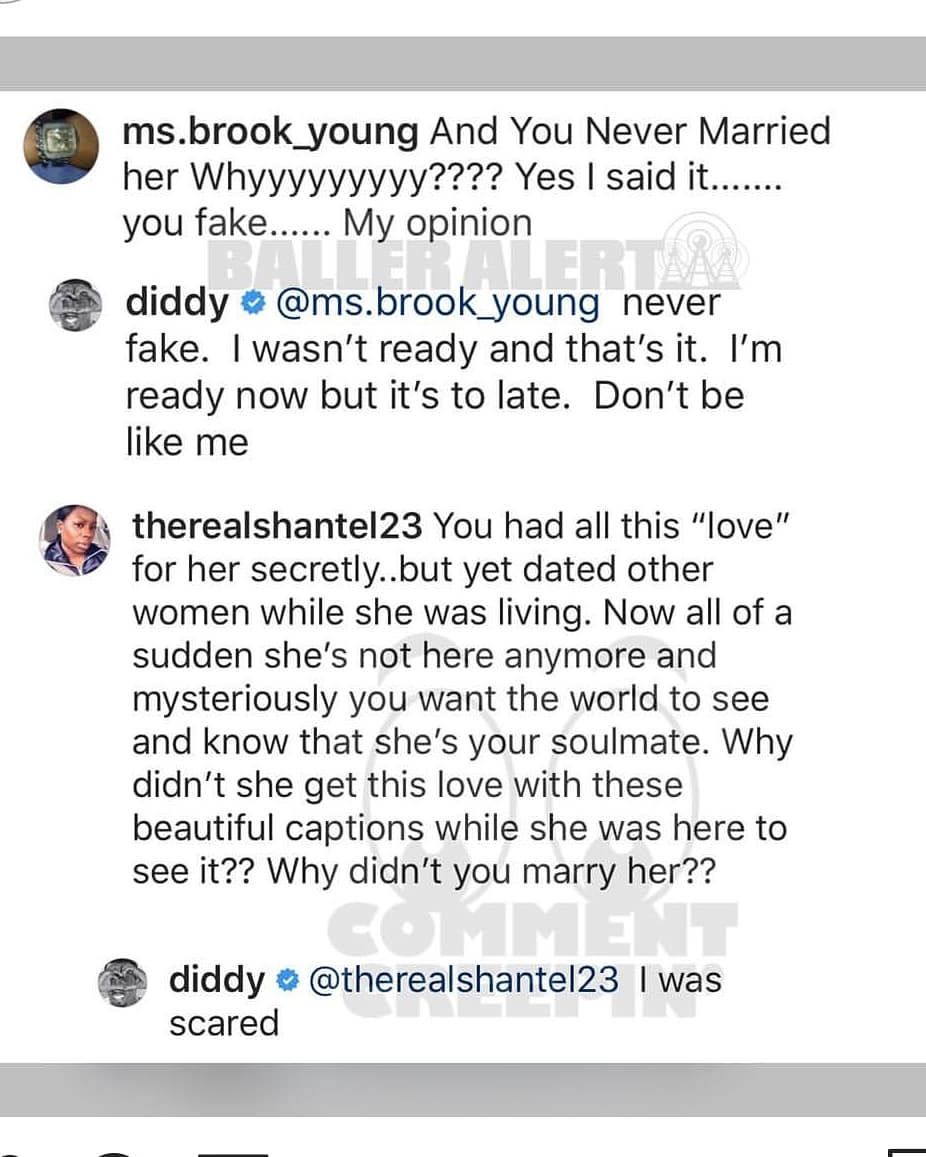 Tania Omotayo is a New Mummy to a Baby Girl