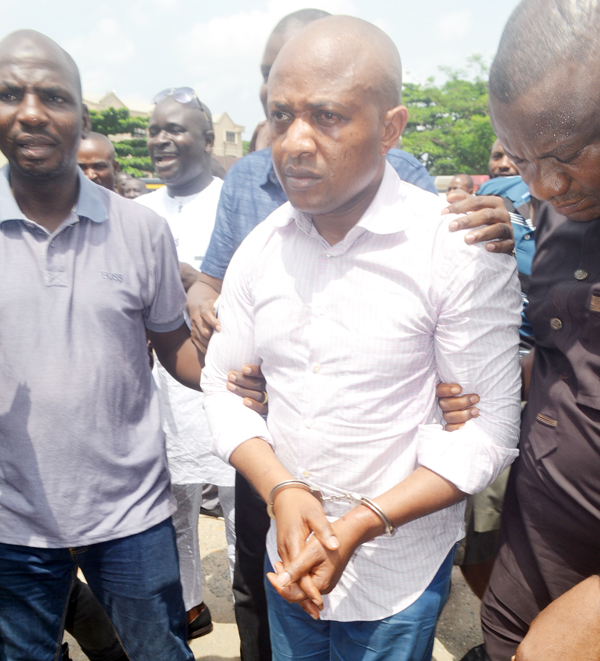 The ongoing trial of alleged billionaire kidnapper, Chukwudumeme Onwuamadike, alias Evans, before the Lagos State High Court in Igbosere, was again stalled on Friday due to the absence of his counsel, Chino Obiagwu (SAN) and Olanrewaju Ajanaku.

According to Punch, Obiagwu wrote to the court to seek a further adjournment of the case, which Justice Adedayo Akintoye granted and adjourned till March 22.

The defendants and others at large allegedly committed the offences on September 7, 2015, at Seventh Avenue, Festac Town, Lagos.

They allegedly conspired and kidnapped one James Uduji, obtained a ransom of $1.2m and shot him on the shoulder while trying to kill him.

Notting Hill Residents lament use of Doorsteps by Instagram Influencers