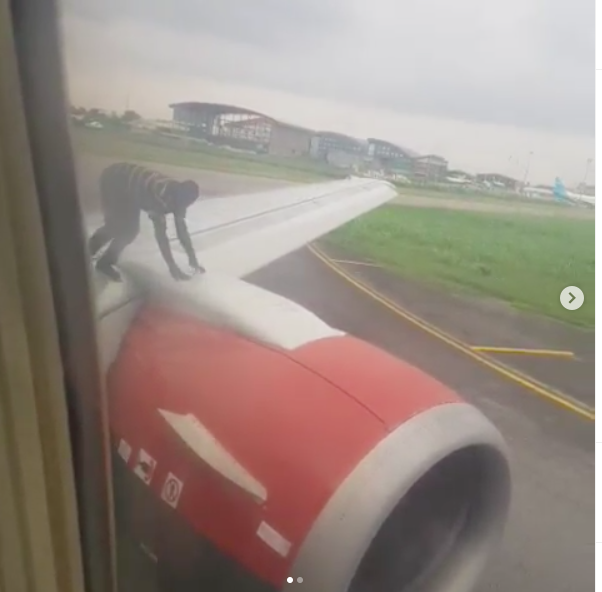 The Federal Airports Authority of Nigerian (FAAN) has said it has arrested a man who climbed the wings of an Azman Air plane, attempting to enter the cabin, adding that it has suspended the security officers on duty at the time.

Otto Orondaam, founder of Slum2School Africa, who shared a video of the man on Instagram, narrated the incident, writing:

How it happened!! So our flight was taxing on the runway and about taking off when this man shows up running towards the moving aircraft from the bush. The pilot and a few passengers spotted him running towards the aircraft and the pilot immediately slowed down and quickly put off the engine.
The guy approaches the plane with gloves and starts walking around and under the aircraft holding a bag which he dropped inside the engine.
Thanks to the Pilot of the Azman Airline for quickly observing and taking swift action.. I still have a million and one questions to ask cos anything could have gone wrong! Nigeria will work perfectly someday. This I know.

Timi & Busola Dakolo Invited by Police, Singer says “We have since been ready”