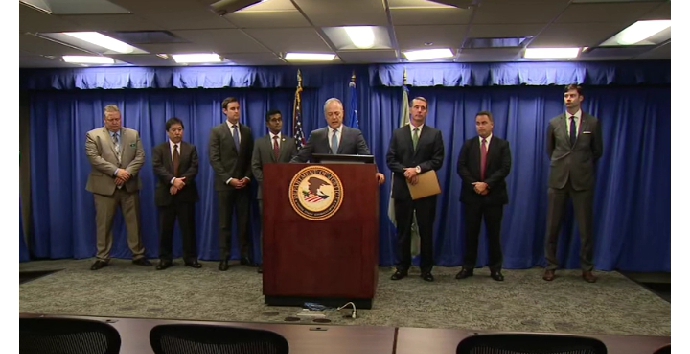 The Federal Bureau of Investigation (FBI) on Thursday, unsealed a 252-count grand jury indictment charging 80 people, most of whom are Nigerians, in a major conspiracy to steal millions of dollars through fraud schemes and launder the money through a Los Angeles-based network, Fox 11 reports.

Six other defendants are believed to be fugitives in the U.S. and the others are abroad, mostly in Nigeria, the report said.

The lead defendants in the indictment were identified as Valentine Iro, 31, of Carson, and Chukwudi Christogunus Igbokwe, 38, of Gardena, both Nigerian citizens.

NOW: FBI to announce domestic arrests and the unsealing of a federal indictment charging 80 defendants – mainly in the U.S. and Nigeria – who allegedly carried out cyber fraud and money laundering schemes. MORE: http://bit.ly/2HmdrH1