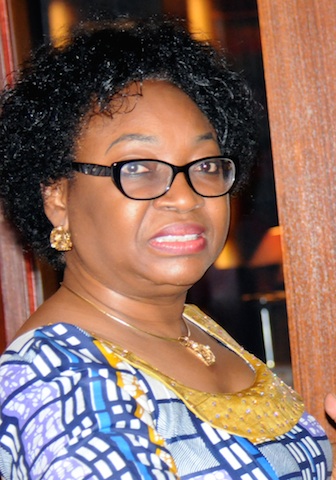 The Economic and Financial Crimes Commission (EFCC) has seized the international and diplomatic passports of the Head of the Civil Service of the Federation, Winifred Oyo-Ita, The Nation is reporting.

Oyo-Ita is under investigation by the anti-graft agency over alleged N3billion fraud bordering on abuse of office, falsification of Duty Tour Allowance (DTA) and contract scams.

This is coming after a four-day interrogation by the EFCC after which Oyo-Ita was granted administrative bail to go for treatment.

A source, who had spoken to the paper after news of her interrogation broke, said:

Preliminary investigation confirmed that she used different fronts or cronies to obtain contracts from Ministries, Departments and Agencies (MDAs)

While tracing embezzlement by the ex-Minister, detectives stumbled on diversion of funds into proxy companies which the Head of Service has relationship with.

The startling revelations made detectives to dig further into her activities as a Permanent Secretary and Head of Service.

There were proofs of how she secured contracts through proxy firms from some ministries including Special Duties, Power, Works and others. There was a case of abuse of office because there was evidence of pressure on Permanent Secretaries to get her contracts. She moved from one ministry to the other.

Investigators also discovered that she was involved in falsification of Duty Tour Allowance (DTA) and estacodes.

About N600million has been traced to the account of one of her aides. This illicit account has been blocked and the EFCC is in the process of invoking interim forfeiture clause.

Oyo-Ita’s movement has been restricted to the country because her interrogation is not yet completed, a source told The Nation.

“The latest about the ongoing investigation is that the EFCC has seized the international and diplomatic passports of the Head of Service…. We may invite some Permanent Secretaries and others because our investigation shows fresh clues during analysis of letters of award of contracts in some ministries, departments and agencies. All the accounts of the affected companies have been placed under watch till they are clear of any infraction,” another source added.

Prior to this investigation, there were complaints about Civil Servants’ Group Life Insurance Scheme (GLIS), which the Federal Government voted N16billion for.

Some government workers had complained about the management of the fund, but a source in the EFCC has said they’ve not gotten to that point in their investigation.

But Oyo-Ita explained that she had no hand in the management of the N16billion.

“The fund for that programme is always domiciled with the Office of the Accountant-General of the Federation. The only thing that the Head of Service does is to compile the names of all the Ministries, Department and Agencies (MDAs) that are to be under the group life policy. For someone to say that N16 billion has gone missing in my office is strange to me and to many others who understand how the GLIS works,” she had said.

Punch News: El-Zakzaky on His Way Back to Nigeria