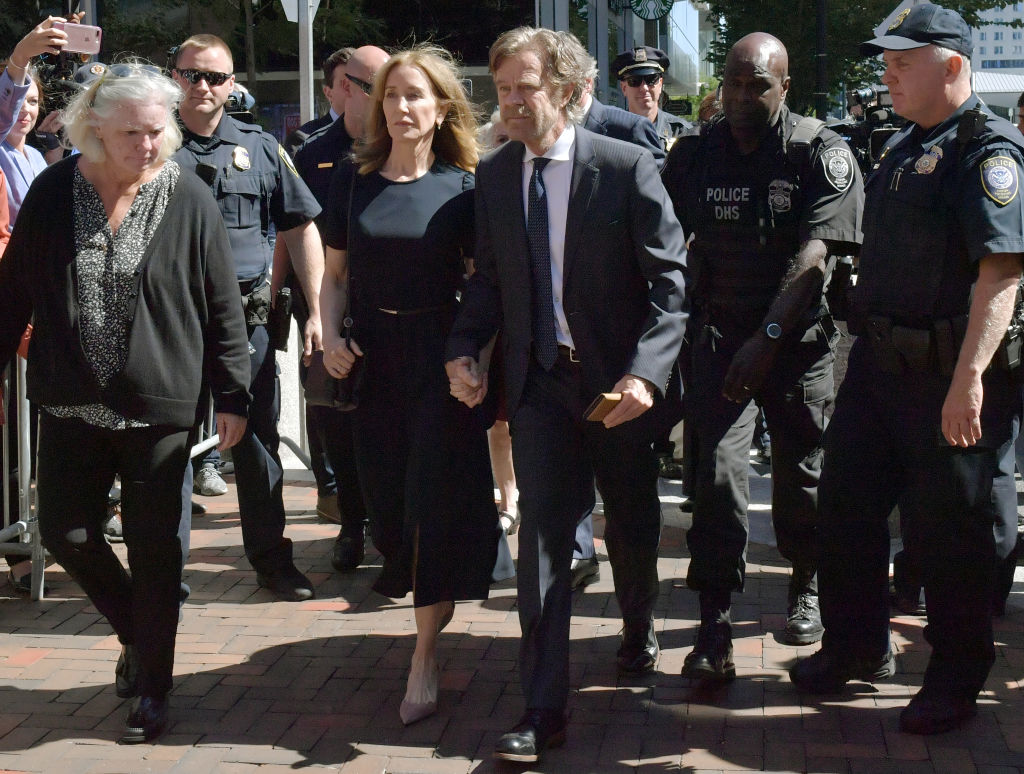 Today, actress Felicity Huffman was sentenced to two weeks in jail for her role in the College Admissions scandal.

She arrived at federal court with her husband actor William H. Macy in Boston, Massachusetts, U.S., on Friday, September 13, 2019.

Felicity Huffman, who faced U.S. District JudgeIndira Talwani for her part in the biggest college admissions scam ever prosecuted in the U.S., is the first parent to be sentenced in the sprawling case.

Felicity pled guilty to one count of conspiracy to commit mail fraud and honest services mail fraud back in May.

“I am deeply sorry to the students, parents, colleges and universities that have been deeply impacted by my actions…I will deserve whatever punishment you give me,” she said during the hearing.

Related Topics:Felicity Huffman
Up Next