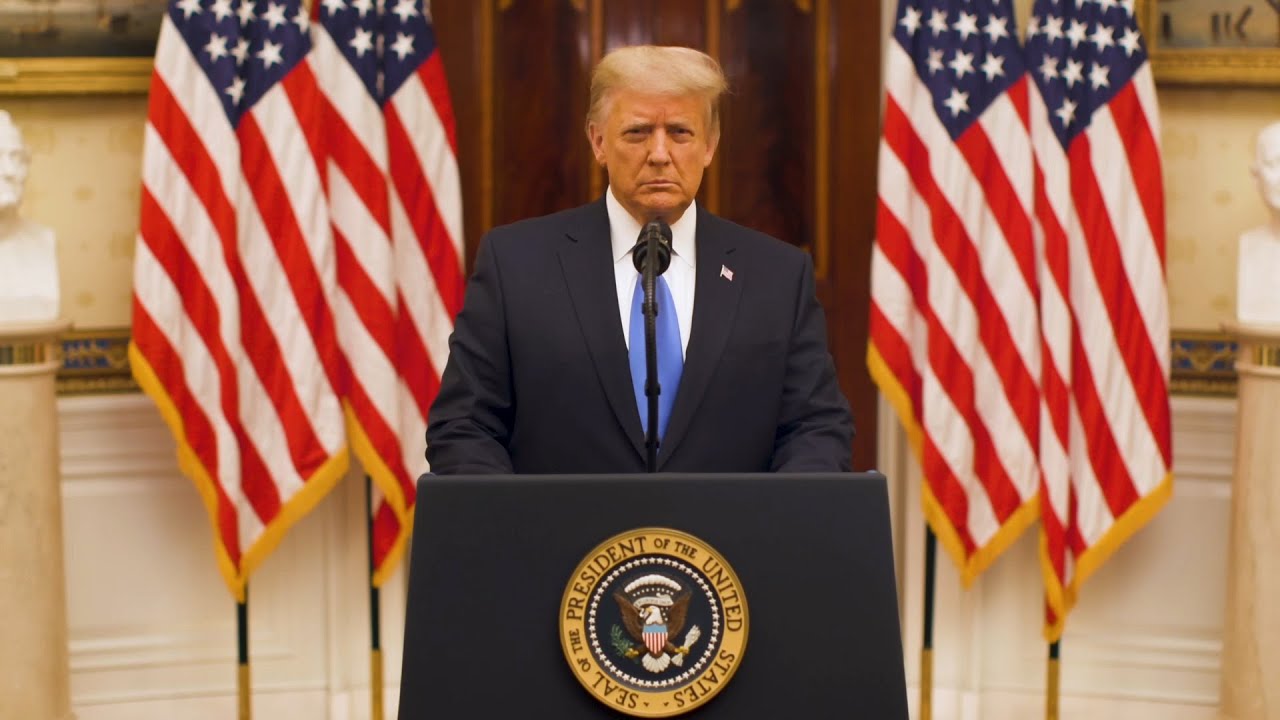 As his tenure comes to an end, the outgoing president of the United States Donald Trump who’s last full day of office ended on Tuesday gave his farewell address to the citizens of America, showing his gratitude for all that has been achieved and wishing the incoming administration luck and success in keeping America safe and prosperous.

“As president of the United States, I stand before you truly proud of what we have achieved together. We did what we came here to do and so much more. This week we inaugurate a new administration and pray for its success in keeping America safe and prosperous. We extend our best wishes and we also want them to have luck, a very important word. I’d like to begin by thanking just a few of the amazing people who made our remarkable journey possible. First, let me express my overwhelming gratitude for the love and support of our spectacular First Lady Melania. Let me also share my deepest appreciation to my daughter Ivanka, my son-in-law Jared and to Baron, Don, Eric, Tiffany and Lara. You fill my world with light and with joy,” Trump said in his speech.

Donald Trump went on to thank his vice president Mike Pence and family, his chief of staff, the members of the White House staff and many others, before going on to list some of the achievements of his administration.

Also saying goodbye to the White House is first lady Melania Trump who described the last four years as “unforgettable,” stating that she has been inspired by incredible Americans who lift up the communities through kindness, courage, goodness and grace.

In her message, Melania says, “My fellow Americans, it has been the greatest honour of my life to serve as First Lady of the United States. I have been inspired by incredible Americans across our country who lift up our communities through their kindness and courage, goodness and grace. The past for years has been unforgettable. As Donald and I conclude our time in the White House, I think of all of the people I have taken home in my heart and their incredible stories of love, patriotism and determination.”