BN Hot Topic: The Thin Line Between Love and Excesses 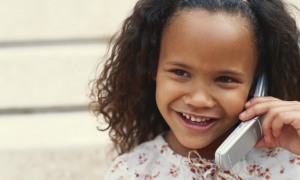 When I was younger I truly believed I was adopted because I felt my mother was the most wicked woman on earth. I knew that everything I had was a privilege and nothing I had was as a result of “entitlement”. If I misplaced my water bottle in school she would make me go for weeks without another one till I learned that “you don’t pluck the money for things from the tree behind the house”. It was a harsh lesson, but it was one I learnt. I knew that if I worked hard at school, I’d get something special for the holiday.

Today, I look back and I think “Damn! Parenting is hard work!” I can’t imagine how much it would have broken her heart for her daughter to yell “I hate you. You’re not my mother” at her (of course the one and only time I tried that I knew the meaning of PAIN from koboko!)

Parenting is HARD and I can’t even begin to imagine how much harder it is now in 2012. This is the age of advanced technology. The age of the Ipad and Nintendo Wii.

If you’re a parent, it takes the special grace of whatever deity you call upon in the quiet solitude of your bedroom to do a good job.

Two weeks ago, my 12 year old niece (what’s the English word for “Cousin’s daughter”) came to visit me and during our ‘catching up’ session she talked about how she was looking forward to the holidays because she was going to fix the Indian hair her mother had just ordered for her. My mouth opened in shock. Where was I supposed to begin from? The entire conversation oozed of a sense of entitlement. I asked a friend of mine what she thought about the issue of buying expensive hair for pre-teens and her response was even more shocking. Her 13 year old had asked her if she could get a new phone when school resumes in September because his friends were all using the new Blackberry Bold 5. She promptly reminded her that the only reason he had the phone in the first place was so that he could call the driver when he was running late. If he pushed his luck she was going to pull that phone. It got me thinking how do we balance the desire to make arrangements that work and minimize the risk of the child feeling that he just needs to want it and it’s readily available.

I’m trying to be really open minded here and I’m trying to understand how best to raise the next generation of well behaved, hardworking Nigerians.

Are we spoiling our children? How do we ensure that our kids are not those kids we all cringe at when we see them behaving in an unruly manner at a party. Are we simply moving with the times? What is the yardstick for determining when it is alright for your kids to own some things? How do we give our kids the best while instilling in them the need to WORK hard for that money.

What is love and what is an excess?

On Becoming a Man: Random Thoughts on Motivational Talks