"Are you now above the law? Why should you threaten the government?" - OAP Freeze to Apostle Johnson Suleman 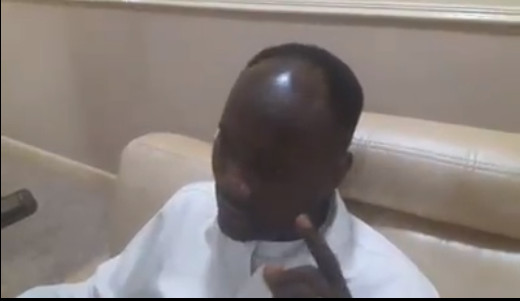 Following reports of Apostle Johnson Suleiman’s attempted arrest this morning, the Senior Pastor of Omega Fire Ministries (OFM) Worldwide stated that if he spends one day with Security Operatives, Nigerian Embassies in Countries where his Church has branches “will be in trouble”.

Now OAP Freeze is reacting to that statement.

Dear Apostle Suleiman, I’m very disappointed in this statement! Are you now above the law? Why should you threaten the government? Do you realise that this amounts to treason?

Like I earlier stated, I understand that you are angry and you have a right to be, However, this is not the way to go about it. I still hold you in high esteem for your spirit of giving but I must say sir, this is ABSOLUTELY WRONG!

Let’s be very careful when agitating for war, because war never solves ANYTHING!!! The war in Iraq, Libya and Syria has solved NOTHING.. life was much better under Sadam and Ghadaffi than it is now. ISIS was born as a result of the war in Iraq, and millions died in the war and in the aftermath.
–
Let me educate those of you shouting about the war where David killed Goliath. Later on, he had to fight the giants brother and sons and up until today Goliath’s people the philistines, are still bombing Israel! Can we truly say that war was won? –
When Jesus was killed, NOBODY was killed in retaliation, the war was won in the spirit and the victory is everlasting!

Let’s be like Jesus, all he asks is for us to love one another, and yes, that includes loving our enemies. ~FRZ

Do you agree with Freeze?