How to be a Male Feminist in Nigeria 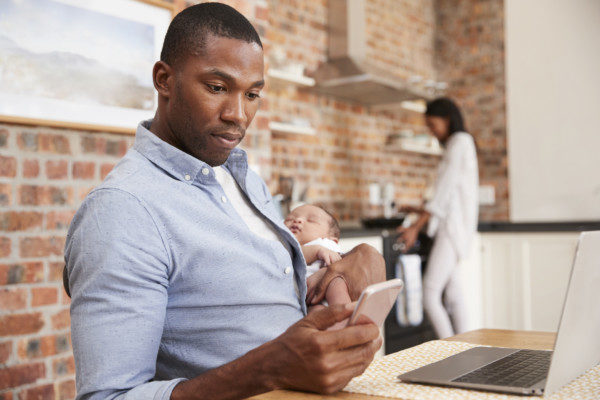 Male feminists are a thing; and yes, we have them here in Nigeria. It is a great thing when men respect women, identify with them and want to be part of the movement for gender equality, but it can be a tricky line to walk for these men. Feminism is huge and complicated. Feminists (male and female) do not necessarily speak with one voice, as there are so many different opinions and schools of thought of what it is or what the movement should be.

Also, there is the general belief that feminism is about dismantling patriarchy which is somewhat, the bane of the Nigerian society. So, how does one go about being a male feminist really?

A lot of assumptions men have about how to behave just does not work in a “feminist” context and generally, believing in gender equality is not always the same thing as knowing how best to fight for it. As a result of this, a number of men in trying to be feminists in ways that aren’t exactly the most helpful and which sometimes can be downright counterproductive.

If you are a man and you are intent on being part of the feminist movement, you should take a little time to educate yourself properly on how to go about it. Here are a few simple ways to start:

Call out everyday sexism
Sexism is almost a way of life in Nigeria and while it is applicable to both sexes, women are the ones primarily affected in the country. To a certain extent the epidemic of sexism against women can be justified as religious beliefs, traditional and cultural norms tend to foster masculine privilege. However, it can also be stopped. As a man you can fight against it by using the same masculine privilege to expose sexist comments and condemn them.

In our society, men can always make their voices heard. Call out other men , especially your friends, when they commit sexist acts. This includes: men who talk down to women, lie to their partners, mismanage family funds, etc. It is not enough to judge them silently, let them know is wrong. Tell them off and speak up for the victims through any channel available to you.

Support female friends, partner, coworkers
Be a supportive of the women in your life – from your partner to your friends, co-workers e.t.c. Giving them support does not necessarily mean giving money or sacrificing anything extremely expensive. You just need to have their backs. Back up a woman when you know she is speaking out or fighting to get her voice heard, especially in public.

Pay attention to the women in your life, in everyday conversation. When they are speaking to you and when they do have a problem, do not trivialise it; take them seriously. You have to be sensitive to know when to offer your support. Forcing your support on them, when they want to handle a situation themselves will be counter-productive and disrespectful. Praise their virtues and accomplishments. And when the opportunities surface, refer their business or their hustle and suggest them for projects, jobs, and collaborations with other people.

Don’t ogle or make derogatory comments about women
A number of men claim to be feminists, but are the first to ogle at women and even make comments about them in the name of appreciating them or paying them a compliment. Be clear that doing that is not a very feminist thing to do. While it’s okay to notice an attractive woman, do not ogle her to the point that she becomes uncomfortable.  Don’t make comments that objectify women.

There is a line between noticing and being creepy or disrespectful. It doesn’t matter if her boobs are hanging out, her hips are the widest or she is trying to get your attention.

Participate in House Chores and Equal Parenting
There is no denying that domestic chores are hugely gendered and men are the ones who benefit from the idea. Women are the ones expected to exhibit domestic habits, while men are exempted. As a feminist, you have to banish that school of thought. Ensure that there is always an equitable division between you and the females in your place of residence when it comes to house chores. Also, you need to ensure you voluntarily and joyfully do your share of housework every time, not forced or threatened. No excuses, no procrastination.

Also, if you are a parent, do not leave childcare responsibilities entirely to the woman. Take your paternity leave, stay at home and care for the babies when they arrive. Share babysitting and play time with your children as well, that way the women is not the only one who has to give up her spare time to cater to the children.

Take on female mentors and submit to female leaders
When looking to learn a trade, take a course or get a mentor, go for a woman. A number of men claim to be feminists but find it hard to learn from a woman. Subject yourself to the tutelage of a woman, this will even help you understand women better. Enroll at women-led organizations and attend seminars where women-related issues are discussed. And while you are at it, do not at any point now try to claim that you know more about women’s issues than women. Be humble. Sit down. A man trying to explain to women everything from feminism to rape, with the intention of dominating the conversation is “mansplaining” and that is not the goal here.

Don’t use the label “feminist” as a badge of honour
So you are a man and you are a feminist. Yes, it is great to self- identify and speak about feminism as a natural and normal, but if you are going to identify as one, be sure that you are genuine. Do not take on the label “feminist” as a way to try to get women to like you or pick up chics. Don’tt delude women into thinking you are the one for them… seeing as being a feminists means you are “softer” and not as ignorant as more conventionally masculine “bro” types , when in reality you are a bonafide F***boy. Doing so would be devious, unfair and counterproductive.